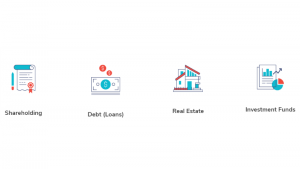 Tezos Foundation has entered into a strategic partnership with Globacap to accelerate bringing capital markets into the digital age. Tezos is a Swiss non-profit foundation pushing for social, political and economic innovation through blockchain technology; Globacap, which is London-based, offers a capital markets automation platform.

“Amidst the noise of Brexit, a quiet revolution is underway in Europe that will change the way we view the very concept of public and private markets,” said Hubertus Thonhauser, member of the Board of the Tezos Foundation. “Globacap is at the forefront of this important movement toward democratizing access to markets and rendering them more efficient.”

While other financial market blockchains rely on intermediaries, Globacap’s platform creates the legal asset itself entirely within its blockchain. In this context, Globacap’s platform enables automated fulfillment of the legal requirements involved in title transfer. This is relevant to institutional service providers – such as custodians and registrars. They need their balances and records reconciled continuously in real-time – preferably without any human involvement.

Globacap, therefore, asserts that its platform is at the cutting edge of removing humans from:

As such, Globacap’s blockchain technology has the potential to unlock billions if not trillions of dollars in illiquid private equity and private debt assets. It would achieve this by enabling ownership transfer as quickly and efficiently as in public markets. Globacap is authorised and regulated by the UK’s Financial Conduct Authority (FCA).

“With the Tezos Foundation behind us, our goal of enabling efficient primary issuance regardless of geography or sector, and reducing complex securities administration and custody to a few simple mouse clicks is clearly within reach,” said Globacap CEO Myles Milston. “Tezos’s blockchain technology combined with our platform creates a strength unseen in this space to date, and we are deploying our combined resources going forward to take capital markets to the next stage of evolution.”

The Tezos Foundation is Swiss. It supports and fosters the Tezos protocol, which is a blockchain technology that evolves by upgrading itself. Stakeholders of the Tezos blockchain vote on amendments to the protocol to reach social consensus on proposals. The aim is to establish a secure yet organic upgrading system.

Tezos aims to transcend the ‘governance by fork’ paradigm so that the network may evolve and innovate without creating a new blockchain or disrupting the network effects that are formed over time. Tezos accomplishes this in a way that is open and accountable: the participants in the governance process – the ‘stakeholders’ hold Tezos tokens, or ‘tez’. Presently, each Tezos token carries with it a vote on potential amendments to the protocol. In turn any token holder can proposed a change.

Tezos formalises the process for deciding and implementing protocol upgrades directly within the protocol itself. In the first phase of its governance procedure, Tezos relies on a round of approval voting to select a potential protocol upgrade and then advance that proposed upgrade to a test network (testnet). After sufficient time on the testnet, token holders vote again on whether to implement the given protocol upgrade.

The protocol’s on chain governance system, Proof-of-Stake (PoS), with its ability to facilitate formal verification, make Tezos a potential long-term solution for digital transactions, including smart contracts and STOs. Fully decentralized, the role of the Tezos Foundation is to support the development and long-term success of the protocol and ecosystem.

Tezos recently announced a partnership with BTG Pactual, Brazil’s fifth largest bank, to issue US$1B of real estate securities on the Tezos blockchain. It has invested in Globacap’s Series A funding round (with raised total capital being c. US$8 million).

“Globacap has demonstrated what is possible as capital markets evolve to become truly digital,” said CoinShares Chairman Daniel Masters. “This latest funding and the alliance with Tezos will help to accelerate that journey, execute on Globacap’s rapidly growing issuance pipeline, and take the business through the next stage of growth.”

Globacap’s technology seeks either to automate in its entirety or to streamline significantly post-trade processes. If achieved this should reduce liquidity risk associated with private assets transfers. Applied to previously illiquid assets, this could be a major boon to the private equity and other capital markets automation.

Combining in a Tezos Foundation/Globacap partnership is a boost for both participants. What remains unknown is whether illiquid asset holders will migrate to a token-backed approach for improving illiquidity. To Enterprise Times this seems (but may not be) a substitution for one form of risk (lack of liquidity) for another (tokenisation) – with all the associated risks.