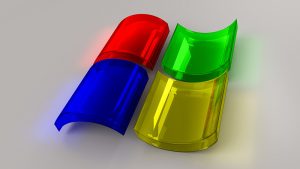 Intruder.io’s latest research demonstrates the impact of user enumeration flaws. It has found that they affect up to 13,000 organisations and it could be many more. The flaws exist in a number of popular Microsoft products that expose internal corporate networks to attack. Leading vulnerability scanners fail to detect these flaws despite them existing for years in some products.

Multiple user enumeration flaws have been discovered in a range of popular Microsoft products that are commonly exposed to the Internet. Products affected include Outlook Web Access and Skype for Business.

Most organisations won’t be aware that these flaws exist. It is not just vulnerability scanners that ignore them. Microsoft does not document them nor are they assigned a CVE reference. The security industry ignores them and they fly under the radar of most security professionals. This is not an acceptable situation. How can you find and fix these issues in your infrastructure?

What is user enumeration?

User enumeration flaws provide attackers with a method to determine whether a specified username exists. An app signup error message saying “username already in use” would be one example. Automating the attack (by comparing the response to when a username is not in use), allows an attacker to whittle down a large list of potential usernames to a list of confirmed usernames.

Having a list of valid usernames is extremely valuable to an attacker. It facilitates a range of other attacks which would otherwise take much more effort to pull off. Automated password guessing (brute-force) and denial of service attacks (more on this later) are just two examples.

Where does Microsoft come in?

Microsoft products and services affected by user enumeration flaws include:

Since these products are commonly accessible from the Internet, and often use the organisation’s internal Active Directory (AD) for authentication, this creates a situation where an attacker on the Internet can easily identify usernames from an internal Windows domain.

Why is this a problem?

Exploiting one of these user enumeration flaws is a fairly easy task. The first step is to identify the username format. Attackers start by guessing common username formats (e.g. dan.andrew, d.andrew, etc). They get lists of employee names from public sources such as LinkedIn. Organisations using an uncommon format are still at risk. Attackers can use other techniques, such as extracting a username from PDF or Microsoft Word file metadata.

Knowing the format allows the attacker to generate a long list of potential usernames in the correct format. They then exploit the enumeration flaw to test for the presence of each username in the list. It allows them to:

Without a user enumeration flaw to first get a confirmed list of users, these attacks become an order of magnitude more difficult. What’s more, easy-to-use tools are publicly available to exploit three of these four examples, so attacks against these commonly exposed technologies can be carried out – even by unskilled attackers.

How many organisations are affected?

Intruder investigated the enumeration flaw in Skype for Business. Our research revealed over 13,000 vulnerable servers on the internet. All of these servers potentially expose their organisation’s internal Windows network to Denial of Service and credential guessing attacks. As already mentioned, these flaws are also present in other Microsoft products and services, making the potential number of servers and business affected much higher.

The list of vulnerable servers includes those belonging to household names and large organisations. Their high profile make them likely targets for remote attackers. The list contains blue-chip companies (almost 40% of FTSE 100 companies), well-known and trusted organisations. It also includes some of the ‘big four’ professional services firms and UK government-owned domains.

Despite the scale of the problem, Microsoft has made it clear they do not intend to fix these issues. Below is their response to the researcher that reported the ActiveSync flaw:

“Thank you for contacting the Microsoft Security Response Center (MSRC). Upon investigation we have determined that these do not meet the bar for security servicing. In general, username enumeration does not meet the bar as there are many ways to do this and on its own it does not allow an attacker access or control in any way, as the attacker would still need to bypass login.”

It’s hard to tell what is meant by “there are many ways to do this”. It could refer to the fact that email addresses are inherently public and often match internal domain usernames. Or that there are other methods of username enumeration which could be performed by an attacker with a foothold within the internal network.

However, the key point is that it makes the attacker’s job easier. Security is never perfect, we’re fighting a losing battle just trying to make the attacker’s job that little bit harder, and here Microsoft seem to be just giving up the game.

How to protect your business

So, what should savvy CIOs be doing to prevent this from happening, and what lessons can we learn from this?

Sadly, there’s not going to be an easy answer. Microsoft makes it clear that is isn’t going to fix the bugs anytime soon. Without the usual patch/upgrade option that is often the best solution to fixing security issues, what else can you do?

Here’s some advice which should help:

It’s important to always check for known issues in the software you are deploying and the most secure configuration for the product. Vendors are not perfect, even whose as large as Microsoft. Never assume that software is secure out of the box in its default configuration. Most importantly, reduce your perimeter attack surface to a minimum and keep an eye on things with logging and monitoring, particularly where you know there are risks. This means you will be much less likely to suffer a breach and will be better prepared if the worst does happen.

Intruder is a vulnerability scanning platform which specialises in finding weaknesses in your perimeter infrastructure, and includes helpful advice on how to manage your attack surface and reduce the risk of a breach. Intruder is easy to use, and proactively keeps track of the latest vulnerabilities for you by scanning your systems for existing and emerging threats.

Intruder continually scans an organisation’s digital assets, highlighting vulnerabilities and outlining remediation advice to reduce the risk of a breach. It proactively monitors computer systems for emerging threats and provides alerts when an organisation becomes exposed.

Intruder was founded by experts with extensive experience in penetration testing and vulnerability management. The company headquarters are in London, England.

Join us on Linked In: https://www.linkedin.com/company/intruder/