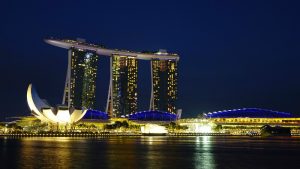 G2 is to open its first office in Asia-Pac in Singapore in November. It has also achieved its first Best Software Companies in Asia Pacific ranking. Chris Perrine, vice president of Asia-Pacific at G2 will head up the office as the company looks to increase its presence and voice in the region. G2 has offices in London, Bangalore, San Francisco and is headquartered in Chicago.

Perrine commented: “Global expansion is a top priority for G2. With the opening of our new Singapore office in November, and release of the Best Software in Asia Pacific rankings, we’re increasing our investment in the region and our ability to help businesses discover, review, and manage the right software.

“G2’s investment in the Asia Pacific region is a critical step towards reaching our goal of helping companies make better software purchasing decisions and bringing transparency to the software industry on a global scale.”

The new ranking is based on 39,000 software reviews from G2 users. It covers nearly 400 software companies serving Asia, Australia and New Zealand. This is only a small percentage however of the total number of reviews that G2 has collated in its more mature markets. In total it has more than 900,000 reviews.

Perrines’s task is to increase the number of reviews from the regions and that will almost certainly see a change in this ranking list in the future. Companies that are stronger in Asia will leverage the G2 presence and help in collating reviews for their software across the region. If local companies buy into the idea then expect to see some different companies heading up the list in twelve months.

An APAC G2 Satisfaction score, using the G2 proprietary algorithm, was given to each company. The top ten companies are:

There are some surprising omissions. Those missing include Zoho, Xero and Ramco, all of whom have a significant presence in Asia. What will be interesting is how those and other companies react to the presence of Zoho which has built a strong reputation in the US and Europe that delivers some interesting insights within its Grids.

G2 is building a substantial reputation as a software comparison site. Under its commercial model it helps companies gather reviews. It is worth noting that the reviews are genuine and not always positive for all vendors. In itself, this adds a value as it delivers customer feedback that they may not otherwise hear and G2 now issues trending graphs as well which show how companies are improving within the market.

There are questions that remain unanswered from the ranking. Where did the data come from? Was it mainly focused on companies in Australia and New Zealand?  Will Perrine look to expand into other countries and languages?

G2 recently raised $55 million in a Series C Funding following which it acquired both Siftery and Advocately. The software comparison site should not be underestimated. Analyst firms have dominated this market and G2 is offering something unique. It provides genuine feedback from customers and which turns into customer advocacy.

It is a short step to challenging Gartner and Forrester as the “analyst” firm that procurement teams listen to.  Gartner has not had the same success with its Software advice site and it may need to rethink or risk being disrupted, if it isn’t being so already.