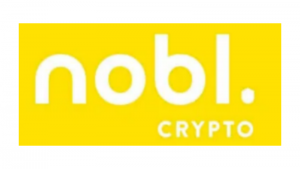 nobl Insurance’s latest report suggests that US crypto owners’ awareness and understanding of crypto crime, and the risks of falling victim to exchange hacks, is low. The research suggests that, as of August 2019, cryptocurrency investments – ‘worth’ an alleged $100B – are held by US investors. Meanwhile, cybercrime has risen by 300% year on year since 2017 and remains on an upward trajectory – rising to 355% year on year in June 2019.

o-founder and CEO of nobl Insurance, Brandon Brown, opined: “There are thousands of undocumented cybercrime victims around the globe, with many others seemingly unaware they could fall victim to a hack. My hope is that reports like this will trigger everyone to make a conscious choice to do something. I believe insurance is a vital part of the solution, and that the crypto community, insurers, exchanges, traders, cyber security experts and lawmakers will all work together to improve security protocols and look out for each other.  Otherwise, before we know it, our digital assets will be stolen right from under our noses.”

nobl’s research exposes that the vast majority of crypto investors have very little real understanding of the scale of crypto crimes. For example, 64%:

The more sobering reality is that c $1bn/year goes ‘missing’…

When it comes to exchanges, 65% of crypto owners believe it is quite likely their exchange could suffer from hacking – and that they could lose. Furthermore, many smaller crypto investors are the least concerned about security. 48% of those holding less than $1,000 (in cryptocurrency value) lack a positive concern that a hack could happen.

The significance is these investors make up a significant portion of the $100B of crypto owned in the US. They stand to lose everything should the current rise in hacking continue. (Upon learning the scale of global crypto hacking, half of the ‘unconcerned’ smaller investors have a change of heart: they become positively concerned about the security of their assets.)

noblCRYPTO is hot wallet crypto insurance. It protects investors from the effects of a hack. Though the nobl research is to some large degree self-serving:

The conclusion that nobl draws is that the investors of the future will vote for such insurance ‘with their virtual feet’. Dr Terry Lee Cooper, a cyber security expert who contributed to the report, projects that – if an upward trend of a 300% increase per year continues – then, theoretically:

(NB: The absurdity of these figures is that the latter represents more than the U.S currently holds in crypto or it would be enough to give a $348 tax rebate to every US citizen, … or buy Uber.)

Cooper commented on the sheer number of hacks and cybercrimes taking place. “These are well planned sophisticated attacks. They are happening despite even the most impenetrable technologies, including those that power cryptocurrencies and blockchain. And worse yet, the culprits are getting away with it.

“Why?  Because people don’t think it will happen to them. That doesn’t mean we sit back and do nothing. In my opinion, the best way to stop this modern-day crime is to understand that we all need to work together to make sure everyone knows how to protect and secure their online digital assets and passwords.”

Ignoring the self-interest dimension, this report highlights the ongoing threats to crypto communities and their marketplaces. It accurately states there is nothing ‘noble’ about cybercrime.

Cybercrime hurts the would-be institution of cryptocurrencies as well as people – as in the case of tech writer, Monty Munford, one of the unfortunates targeted by hackers last year, whose experiences have left him bruised.

“It’s bad enough realizing that somebody’s nicked £25,000 of your hard-earned cash, but it’s even worse when you realize there’s little chance of getting it back. I am in mercenary mode and I think I’ve done my bit in bringing this subject the attention it deserves. I never used to be this man. I just want all of my money back- one way or the other.”

But, to Enterprise Times, there are two larger issues. The first concerns nobl’s insurance. How can it calculate what it may have to pay out and, therefore, the premiums to charge? If the premiums match the losses, they are likely to be expensive which, in turn, will reduce their attractiveness.

The second is a broader point about investments in general. While many governments guarantee bank deposits up to a certain amount (in the UK it is £85K), try finding insurance for sums in excess of that, or for investments. You largely cannot just as you cannot insure against the failure of (say) Bank X or insurance company Y or broker Z.

For nobl to offer such insurance is an interesting development – if only because it is unmatched elsewhere in the conventional financial system. What is not clear, is if its offer is a precursor to new forms of insurance (which seems unlikely) or a one-off prompted by, and built upon, the threat of cryptocurrency crime.