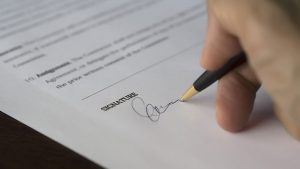 Jonathan Ellis is the CTO and Founder of DataStax. At ApacheCon 2019 in Las Vegas, he gave a keynote that will make many in the industry uncomfortable. The focus of that keynote was the state of open source licensing. Ellis believes that there is a problem, if not what some would call a looming crisis in how open source software licences are being used.

He believes that the last 10 years, in particular, have seen a significant change in attitudes around what open source means. One of the big changes has been the shift from a hobbyist, part-time code development role to venture capital funded companies. Many of these like the open source model. As Ellis told Enterprise Times, making something open source is about instant exposure to a wider audience.

It’s a good model and one that has made open source popular. Perhaps the biggest benefit is not just attracting people to a community but saving millions in early stage marketing. To launch a new commercial software company today is prohibitively expensive from a marketing perspective.

However, some vendors, especially the large cloud vendors in Ellis’ view are not playing fair. They take open source projects and contribute nothing. No money, no investment and increasingly no code. All of this is against the ethos of open source. It’s the same approach that has impacted the music business where people want to play music for free because it generates exposure. Exposure doesn’t feed people, it doesn’t pay salaries and it certainly doesn’t build businesses.

So who should fix this and how?

To hear what else Ellis had to say listen to the podcast.