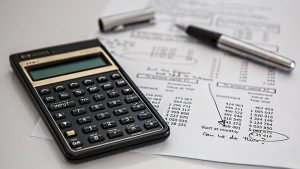 Growth business are now spoilt for choice with regard to their debt funding options. Since banks pulled back from lending to SMEs in the aftermath of 2007’s Great Financial Crash (GFC), a host of other providers have emerged to cater for their debt finance needs. These range from dedicated SME debt funds and tech-driven banks, to P2P lenders, venture debt funds, and fast-growing fintechs. These alternative providers are making a welcome contribution to growth company funding, but all have issues to resolve and drawbacks to address.

This is in contrast to the asset-based finance (ABF) sector, which has, to some extent, been overlooked as a result of this rush of new players. It is among the fastest growing source of debt finance and probably still the best route for companies seeking a very affordable, flexible option, which also allows them to secure significant funds for growth and expansion.

Regulatory pressures on banks to strengthen their capital levels following the GFC resulted in banks retreating from SME lending. Although this has improved in the last decade, SMEs are still facing significant challenges when it comes to securing funding.

In the US, a recent survey of over 10,000 businesses found that 82% of loan applicants were denied financing by their bank. In the UK, data from the British Business Bank (BBB) showed that £4bn in loans applied for by SMEs were rejected by banks each year.

Peer-to-peer lending is growing significantly. There has been a global influx of P2P lending platforms, particularly in US, UK, Southeast Asia and China. In the UK, lending among P2P platforms has exceeded £5.5 billion for business loans. Major players such as Funding Circle and RateSetter are playing a key role in supporting SMEs growth. P2P is also bridging the finance gap which exists in South East Asia, and accounts for half of the alternative financing market.

P2P platforms have become popular with SMEs due to the speed in which lending decisions are made and competitive interest rates. Investors like the robust yields they offer. P2P platforms also utilise technology to create a flexible and accessible service. For example, UK P2P platform, Zopa that has launched an income verification service, which automatically pulls in customer data made available through the data-sharing initiative.

However, there have been widespread concerns regarding market regulation and the transparency of P2P lending. China, which is home to the largest online lending industry in the world, is a cautionary tale for the P2P industry. Due to weak regulation and mismanagement, over 5,400 P2P platforms were found to have collapsed or be problematic and millions lost their savings.

Concerns have been raised over the regulation of P2P platforms in the UK. The FCA recently announced new measures to improve regulation. P2P lender Lendy went into administration this year and Funding Circle, the UK’s largest P2P platform, has halved its revenue forecasts this month with its shares plunging to a record low.

Kabbage, a fintech firm in the US which has loaned out $7 billion in total, evaluates the credit-worthiness of a business through real-time business performance instead of dated paperwork and old tax statements. Through a mobile app, a small business can apply for funding in minutes. ‘New generation’ banks such as Piermont Bank and Nexos National Bank are also filling a gap in the commercial banking market with their new technology and modern systems.

In the UK, challenger banks are also harnessing new technology in SME lending such as Oaknorth which is the first British bank to have its core banking system in the cloud. Last year it selected Mambu as its technological partner, launching a platform which boasts speed, flexibility and security for SMEs, compared with a traditional core banking system. Fintech bank, Iwoca, is also posing a significant threat and this year overtook HSBC and Santander in SME lending.

However, impressive as the rise of such institutions are, their contribution to SME funding is still very small. For example, Oaknorth’s latest balance sheet shows some £2.2 billion of loans to SMEs. In the US, Kabbage extends just under £1bn a year in working capital to business customers. Compare this to Lloyds Banking Group, which along with other large UK banks, has restrained its growth business lending, but its latest balance sheet still shows £31.8bn lent to SMEs.

Global funds raised to invest in private debt have been accelerating. In 2017 they increased by 10% to more than $100 billion (£80bn). This pace of growth has largely continued with the focus on Europe (up 26%) and in Asia (200%). Last year, BNP Paribas Asset Management expanded its private debt range with the launch of a UK SME Debt fund. This offers investors access to the lending market for small and medium UK businesses.

For investors, the funds provide greater security compared with, say, individual investments due to the fact that the risk is spread across a variety of companies and sectors. However, for SMEs debt funds can be expensive with regard to the fees and interest rates they charge. Typically they focus on medium-sized and larger companies so earlier-stage business would likely struggle to secure funding from such funds.

Venture debt is worth some $3bn (£2.4bn) annually in the US while in Europe it is estimated to be close to £1bn per annum. It is a short term financing instrument that costs around 20% of the loan over the two-year period. It has become popular with SMEs in an early stage of development which may not meet the criteria for bank loans. A significant advantage of venture debt is the capital it can provide while minimising equity dilution for businesses.

Venture lenders in the US such as Silicon Valley Bank and Hercules are experiencing increasing success. It is also becoming a popular source of financing in South-East Asia. For example, Genesis Alternative Ventures, SE Asia’s first private venture debt fund, has launched a debt business targeting the booming startup market. It intends to raise some US$70 million over the next 12 months.

While venture debt funds are a good way of quickly raising additional capital, it is expensive. Often venture debt managers insist on either some warrants or options over the company’s equity as security for the loan or to lower the interest rate they charge. This can result in founders losing control of their company if the debt and interest are not repaid.

Compared to the varying forms of alternative finance that have emerged since the GFC, ABF in all its forms, including factoring and invoice discounting, has some clear advantages. Probably most importantly, it has capacity to provide significant funds far in excess of its younger rivals. Globally, estimates for last year put the overall volume of invoice factoring and asset-based lending at US$3 trillion, up 7% from 2017.

The sector is enjoying a strong period of global growth, particularly in the emerging economies of Central and Eastern Europe, Africa, and Asia-Pacific which are lacking in banking infrastructure. In the developed world there is strong growth too. In the UK, for example, the growing popularity of asset-based finance has led to advances increasing 13% year-on-year to just over £22bn.

Over two thirds of UK SMEs with an annual turnover of £10m or more have cash tied up in assets such as plant, property and stock. This is ideal for asset-based finance, which could easily allow liquidity to be unlocked for a significant number of these businesses. Asset-based finance can also track growth in a business. As the turnover and asset base grow and the business expands, the availability of funding automatically follows.

ABF is affordable, as it is backed by assets, accessible and has fewer covenants. The growing popularity of ABF is in part driven by advances in technology, which has improved flexibility and speed of service. Recently, ABF management software functionality and transaction streamlining has been transformed. The technology is now able to update collateral values as clients generate invoices in their day to day business, thus reducing the lead-time between raising an invoice and receiving funding.

Platforms such as our own HPD LendScape now automate and streamline data capture to offer real-time risk management, and provide insights and analytics into reporting. A broad variety of alternative finance routes do now exist for growth business. However, the oldest alternative, ABF, probably still provides the best option for companies seeking to expand, scale and deliver the growth that both their shareholders expect and the wider economies in which they operate need.

HPD LendScape is one of the world’s leading software providers for Asset Based Finance (ABF), used by 135 lenders across the UK, Europe, North America, the Middle East, the Far East, and Sub-Saharan Africa. HPD provides a specialist platform that delivers ABF solutions to its users through its flagship product, LendScape. The product offers holistic working capital financial solutions such as factoring, discounting, supply chain finance, and asset based lending on an easy-to-use platform.