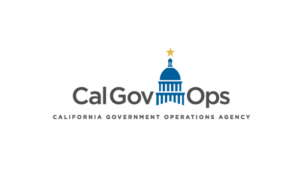 California Government Operations Agency Secretary Marybel Batjer has selected Camille Crittenden, Executive Director of the Center for Information Technology Research in the Interest of Society and the Banatao Institute, to serve as Chair of the newly formed blockchain working group. Secretary Batjer also announced the 20 members of the working group.

“Camille brings with her a wealth of experience and knowledge about this topic, and I am thrilled to have her lead this important effort,” said Secretary Batjer. “Blockchain is a unique, emerging technology, and I look forward to this group exploring its potential for the state.”

Resulting from legislation enacted in 2018, Assembly Bill 2658 (Calderon, Chapter 875, Statutes of 2018), the blockchain working group was established under the Government Operations Agency. The requirement is to:

In addition to the working group, a broad range of stakeholders – with a diverse range of interests affected by state policies – will be consulted in order to provide input on recommendations. The working group is expected to hold its first meeting in September, 2019.

“Distributed ledger systems hold promising opportunities not only for cryptocurrency but for areas of social impact—such as documenting land and property rights, ensuring chain of custody for legal evidence and supply chains, and giving consumers greater control over their financial and health data—applications in utilities like energy and water, and more,” said Chair Crittenden. “I am honored to lead this important working group on possible blockchain applications for the state of California.”

State or national working groups run the risk that they become talking shops that produce little. This State of California blockchain working group has, at the least, the mandate to produce a report by mid-2020.

Whether it will produce anything of interest remains an open question. But, in its formulation, it shows a great deal more sensitivity than the UK’s politically posturing All-Party Parliamentary Group on Blockchain.