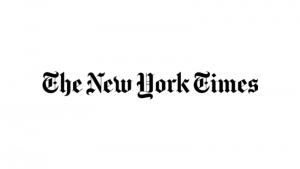 A project, spearheaded by a development and research team at the NYT (the New York Times), comprises technologists and journalists who are exploring the potential of emerging technologies for journalism.

The News Provenance Project (NPP) is not limited, however, to the NYT: it is open to anyone interested in working with the NPP. It intends to share what it learns. “We are also serious about wanting what we build to be applicable throughout the ecosystem in which news and information now travel and to having a broad group of participants. Ultimately, though, it is the audiences for news who should benefit the most. If it doesn’t work for them, then it doesn’t work.”

The problem as perceived by the NYT and NPP

There is a gap between:

This especially true when media travels around the Internet largely stripped of its original context.

Into that gap, trolls and bad actors have established tools for misleading people. Often these exploit authentic photos (and videos) as source material. Some of the techniques used are simple:

Other techniques are more sophisticated, involving the creation of “synthetic” media such as deepfakes. But, regardless of the complexity of such actions, they contribute to the same outcome. They deceive and confuse information consumers who eventually become fatigued and apathetic to news. An additional problem is that trolls and bad actors design much of this misinformation to go viral, with many unwitting people spread the misinformation within their own social networks.

Yet news organisations possess much information about the media they publish. They generally record:

It is this metadata which might combat misinformation. Unfortunately, publishers lack a reliable mechanism for distributing such metadata –  to social media platforms, messaging apps, browsers, etc – which are the systems that serve as the last line of defense in protecting users.

The NPP, misinformation and ‘fake news’

Misinformation delivered via the Internet is a problem for everyone. To combat it, publishers, platforms and people need to find new ways of working together. The News Provenance Project is conducting experiments in this space with the goal of building an industry-wide solution, one which works for:

The initial work involves exploring a blockchain-based system for recording and sharing metadata about media published by news organisations. Images and videos are a particular focus as is research to identify the types of signals which might assist users to recognise (and, by implication, appreciate) authentic media.

The first phase is currently underway and will run until late 2019. Its aims are to:

The NPP proposes to publish its research and findings on an ongoing basis. It will share the proof of concept

The NPP hope to close the information gap by establishing a set of signals whichcan travel with published media anywhere that material displays, whether on:

In developing potential solutions, the NPP work has several components:

The problems with fake news and misinformation has grown and grown, ‘aided’ by a US President accused by the Washington Post of making more than 10,000 false or misleading claims over the 869 days since taking office. The fact that the new UK prime minister seems to share a predilection for misrepresentation is just as relevant.

The NYT/ NPP initiative is ambitious. Yet a successful outcome, to succeed in reducing the effect of fake news and misinformation, would require the participation of the greater part of the media ecosystem, to:

Therein lies a key, and possibly insoluble, problem. What proportion of any country’s media ecosystem would decline to sign up, because it was not in their interests? In the UK, would all the (for example) newspapers participate? One can imagine how professional editors might wish to – while their proprietors object