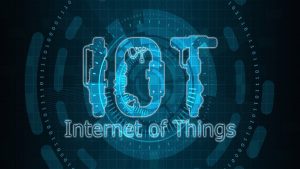 The report indicates that IoT adoption is growing rapidly. Respondents believe 30% of their company’s revenue two years from now will be due to IoT. Yet, the industry faces a significant IoT skills gap. In addition, the technology faces complexity and security challenges that may compromise business benefits to IoT if not addressed.

“IoT is transforming businesses in every industry and is powering breakthrough innovations,” said Sam George, head of Azure IoT.

“Our research shows unlocking IoT’s potential requires the industry to address challenges like skills shortage, security concerns and solution complexity. Microsoft is leading the way on simplifying and securing IoT so that every business on the planet can benefit.”

Bringing cloud intelligence to the edge

The proliferation of IoT devices is enabling companies to bring cloud intelligence to the edge. Businesses are creating solutions that are adaptive and responsive to their environments.

“According to IDC’s Worldwide Global DataSphere IoT Devices and Data Forecast, IDC expects 41.6 billion connected IoT devices by 2025. This will grow 8.9% over the forecast period,” said Carrie MacGillivray, group vice president, IoT, 5G and Mobility at IDC. “As the market mature, IoT increasingly becomes the fabric enabling the exchange of information from ‘things’ to people and processes. Data becomes the common denominator. As it is captured, processed, and used from the nearest and farthest edges of the network. Data will create value for industries, governments, and individuals’ lives.”

Enterprise Time: What does this mean for business?

It looks like all the major companies are jumping on the IoT bandwagon. Recently, Deutsche Telekom and Software AG announced a partnership to deliver Internet of Things (IoT) services on a global scale. Now Microsoft is investing $5 billion into it’s IoT ecosystem.

Internet of Things has so much potential for businesses across virtually all industries and sector. It has the potential to form the backbone for a vast range of business mission-critical customer applications. It allows companies to remotely monitor, manage and control their connected devices and machines. Yet there’s so much hype about it, that sometimes, it difficult to separate the reality from the hype.

Recently, Forescout Technologies took a closer look at the impact of IoT on the enterprise. Their report discovered a blurring of the boundaries between consumer and enterprise IoT. The result – an uncontained, unnoticed and uncontrolled spread of devices across the enterprise.

Forecourt Technologies research highlighted security concerns with the use of IoT in enterprise organisations. Microsoft’s research shows the expected wide adoption of IoT across industries and sectors. However, CTOs, CIOs and CEOs must ensure the necessary security protocols and infrastructure are in place to safeguard public interest in the technology.