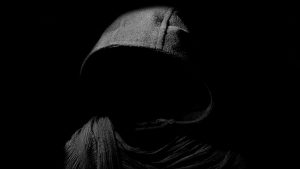 BlackBerry has announced CylanceGUARD, the second new product from the security company it acquired earlier this year. CylanceGUARD is a Managed Detection and Response (MDR) solution. It is a subscription-based service that uses the Cylance AI, to provide continuous threat hunting and monitoring.

Jason Bevis, Vice President of Threat Hunting, BlackBerry Cylance said: “Alert fatigue is a real concern. With CylanceGUARD, organisations can benefit from a unified threat hunting, detection, and response approach, which enables in-house security teams to spend time on other organisational initiatives rather than recovering from breaches.”

As already noted, it is a subscription-based service that does continuous threat hunting and monitoring. So what does this mean:

What are the differences between the two? Is basic just passive searching through customer logs? Is monitoring of the customer environment in real-time to detect fileless attacks only available to those with proactive threat hunting? These are questions that many customers will want the answer to before they make a decision. A quick look at other threat hunting services offered by BlackBerry Cylance competitors shows no comparable split between levels of threat hunting.

There has been an explosion in the number of companies offering threat hunting services. It is part of the Managed Security Services market that IDC predicts will be worth over $21 billion this year.

We already know that BlackBerry Cylance will do some of this but for customers, how much it will do depends on the version you buy. The website does nothing to answer these grey areas. Instead, it is a case of waiting for the webinar that will take place on Thursday 25th July to find out more.