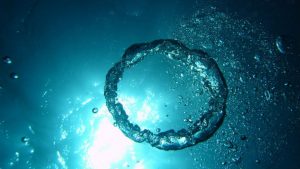 Oracle has quietly announced the acquisition of Oxygen Systems. Oxygen Systems is a NetSuite SuiteCloud Developer Network partner in Brazil. Oxygen Systems was founded in April 2017 when it was spun out of Sonda SA, one of the largest technology companies in South America. It became an official partner of Oracle NetSuite in the region and developed its Brazilian Hub. The financial terms of the deal were not disclosed.

The Brazilian Hub is a built for NetSuite Hybrid SuiteApp. The tax system in Brazil is extremely complex and the hub uses the SuiteTax engine to calculate the taxes for goods and services in Brazil in real time. Adding this application to the Oracle NetSuite brand allows NetSuite to sell it direct and through other partners as part of its core offering. The App includes functionality such as:

This is a comprehensive list of functionality that would have taken the Oracle resources some time to complete. Earlier this year Oxygen also released an add-on to the Brazilian Hub, Brazilian Hub Reporting. This provides fiscal reports for Brazilian organisations to meet their compliance obligations. It includes the following:

Oracle is chasing a larger market share of the Brazilian market. That market is dominated by Totvs with 35% and SAP with 31%, Oracle comes in with only 15%. (Source: 29th Annual Survey of GVcia, Center of Applied Information Technology of the School of Business Administration of São Paulo of the Getulio Vargas Foundation (FGV / EAESP)).

The potential of the Brazil market is huge. According to a study by ABES, Brazil is the ninth largest software and services market in the world at US$18.6 billion. It is also growing. Jorge Sukarie Chairman of the Board at ABES commented: “The year of 2017 showed a resumption in the growth of the IT sector in Brazil, after a difficult 2016. IT investments in the country grew 4.5% over the previous year, marking the beginning of a recovery that we expect to continue through 2018.”

While Oxygen Systems is just a small acquisition, its potential is huge. Localisation of software in Brazil is tough as Craig Sullivan recently told Enterprise Times. This acquisition means that Oracle NetSuite has taken a short cut to full compliance and can now compete better with Totvs in the Brazil SME market.

According to LinkedIn, Oracle NetSuite has 344 employees in Brazil, to which it can add the 24 that LinkedIn notes within Oxygen Systems. This is still well short of more than 9,000 that LinkedIn says are working at Totvs in Brazil. However, the more short lists that NetSuite can appear on, gives it a much greater chance of winning the business.

Neither of the SuiteApps has yet disappeared from the NetSuite Marketplace. However, it would make sense for NetSuite to include them at some point as part of SuiteTax and include the functionality within its standard offering.