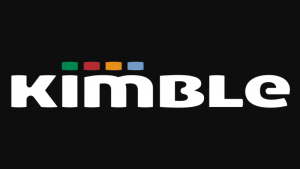 Kimble Applications (Kimble) recently hosted its London user conference, Kimble Connect and had around 100 people attending. This was twice the number that attended two years ago and an indication of the growth the company has experienced. Enterprise Times sat down with Sean Hoban, founder and CEO of Kimble Applications just before the event.

Kimble has had a good start to the year according to Hoban, opening new offices in San Francisco and Melbourne. Its geographic footprint is slowly expanding, it has continued to win new customers and has just announced the latest release of its software.

The growth in 2018 was about 20% in terms of new customers, but the average customer size is also increasing. It is now around 300 users per customer. Twelve months previously, Hoban stated it was only 200. Wins include Hitachi Vantara and FDM. To support that growth the company has 114 employees, 65 of whom are in the UK.

The San Francisco office, while small, is important as Hoban is keen to build out its presence there. He commented its “about getting the right people in the right place.” The challenge in San Francisco is that talent doesn’t come cheap, such is the competitive nature of the city.

Customers are also happy according to Hoban, Kimble places in the leader quadrant for the G2 PSA grid and is also a momentum leader. While it doesn’t publish retention figures, Hoban revealed that it is above 90%.

Further international growth is likely to follow with the US and Germany key target markets. Kimble already has an implementation partner in Germany. It also announced at the event that the solution is, or will soon be, available in several languages including German, Spanish, Portuguese, and French. Hoban is holding off making the decision about where to open in Europe until 2020. Partly, he acknowledged, because of Brexit and the uncertainty around it.

Growth fuelled by growth not funding

Crunchbase cites Kimble as joining Tech Nation’s Future Fifty 2019 programme as a venture round. In fact this is not a funding round but recognition that Kimble is moving from start up to scale up. Hoban is proud of the UK start up scene and gave these benefits for joining the Future Fifty:

“PR, and supporting the UK tech scene. What I see in the UK are great innovation and startups and we are learning about scale ups. Tech Nation is promoting this and we need to get better at Scale ups. We plummet as a nation to around fourteenth in the world for scales ups, from fourth in the world for startups.”

On funding Hoban is hesitant to take on more, stating: “We are cash neutral by end of year and cash generative in 2020. If we felt we could grab market share we would go for it.”

On acquisitions, Hoban was equally clear when asked if he had any plans. “No, the reason for that is organic growth is plenty… if we can continue our circa 50% year over year growth, it would be a distraction.”

Hoban added that if the investors (Accel KKR) see something they think might be worthwhile Kimble would look at it. However, Hoban stressed the focus is on organic scaling. The reason is that the PSA category is moving to the mainstream and that is attracting more attention from potential customers.

When pressed, however, about what kind of acquisitions Kimble would consider there was an interesting answer. Hoban sees three reasons for an acquisition

Hoban confirmed that Kimble’s two key partners are Salesforce and Sage Intacct with whom there is a tight integration. He also shared that Sage People is likely moving closer to the Sage Intacct organisation. This may see Kimble create tighter integration with that application. On Sage Intacct Hoban commented: “What is good for us, Intacct has a good footprint in US and also in verticals and size we are closely aligned, there is a good synergy.”

With Intacct looking to launch in both Australia and the UK soon that may also see Kimble become a launch partner. However, it seems that this conversation has not yet happened. Intacct has had relationships with other PSA vendors in the past but Hoban, who recently went to the Intacct offices, believes that the relationship has more legs.

On the competition, Kimble sees FinancialForce and Oracle NetSuite as key competitors. Kimble replaces first generation cloud PSA OpenAir deployments frequently. It is also looking to begin a relationship with Oracle NetSuite Financials. In a later presentation it revealed that it is or will work on an integration to the NetSuite platform. This will directly competing with the PSA team at NetSuite but giving NetSuite customers a choice in the future. It is a move that will add more competition on the NetSuite platform to Mavenlink as well.

Another area that Kimble is now looking to extend partnerships is in the channel. ET asked Hoban about partnerships with SI’s. Hoban replied : “As we grow we know we need better partnerships with systems integrators, tier 2 at the moment, we think if they have a Salesforce practise we can be a meaningful part, we need that as an enabler to scale.“

Kimble Connect is not quite at the point where it has become a full on convention. There were no other sponsors present, but that cannot be far away for the growing company.

Hoban shared his ambition for the event: “It is all about adoption for us, the more that come, the more people see how Kimble helps them, using more of the product, making their business more successful, given that 90% are on same release. We are nearly at point where everyone is on same release.”

The event also enabled networking between customers. Sensibly Kimble allowed plenty of time for that during the breaks and a central area provided the location for many conversations. In the US Kimble had its US Connect event in Boston with a growing number of attendees there as well. It is also hosting meet-ups across the US. This is enabling a network effect with people sharing ideas and best practises.

Kimble is on a solid growth path with an investor that knows when to assist with that growth but is supportive rather than interfering. The call out by Hoban about a second technology platform was a surprise but a sensible one. It is not something that Kimble will enter into lightly. If FinancialForce is acquired by Salesforce it is better to think about that route sooner rather than later. Apttus is now seeing itself as platform independent and it will be interesting to see how Kimble could deliver this.

ET also asked Hoban a final question about the latest business book he read. It continues the conversation from the Business Leader interview that it held with him in 2017. Hoban is reading Blitz Scaling by Reid Hoffman (co founder of LinkedIn) and Chris Yeh.

Hoban added: “It’s a bit scary. The analogy is that scaling a start up is a bit like jumping off a cliff and building a plane before you hit the bottom. Blitz scaling is strapping the jets on before you build the wings.” In other words you head downwards far faster that most would deem sensible. However, it means that if you turn the plane around it rockets upwards quickly.

At the moment it seems that Kimble is taking the more cautious measured approach and is succeeding. Time will tell whether Hoffman and Yeh have influenced Hoban.