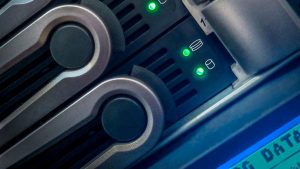 Developing a storage standard has always been a long, arduous and contentious process. It is the same for most standards.

However, with the speed that technology is changing, that approach is no longer sustainable, and not just for storage. To understand what change means for the storage industry, Enterprise Times talked with Richelle Ahlvers.

Ahlvers is a board member at the Storage Networking Industry Association (SNIA). She is also the Chair of the Scalable Storage Management Technical Workgroup. That workgroup is responsible for the Swordfish Storage Management API. Already providing support for block and file storage, it will release support for object storage soon.

To speed up storage standards, Ahlvers says that the SNIA is: “Trying to engage a lot of Open Source and come up with a much more agile and iterative delivery models for standards.”

Ahlvers used the development of Swordfish as an example saying: “It is an extension of Red Fish from the DMTF and SNIA adopted a similar model. There is no new protocol and it took just 9 months to come up with the first release. Now it is refreshed every 3-4 months with significant engagement with the wiser community.”

Another example that Ahlvers gave is the SNIA work on the CDMI (Cloud Data Management Interface). That spec is now entirely in Open Source. All the bug fixes and changes are done through the Open Source community which, Ahlvers says, makes it faster.