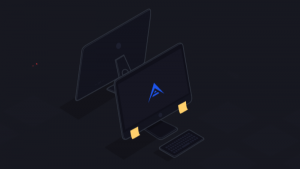 ARK’s Chief Strategy Officer Matthew Cox believes the desire for secure blockchain layers, the ones which underpin applications, are increasing the numbers of developers and business leaders seeking readily configurable blockchain solutions. “Developers are crying out for tools to significantly reduce the time and effort needed to utilize blockchain technology. With the ARK Deployer, users will quickly be able to create their own scalable, efficient and decentralized blockchain network based on ARK’s code but customized to their specific requirements. This means users can focus on building their own ideas, projects or applications, safe in the knowledge that they will have a solid and secure blockchain foundation as part of the ARK Ecosystem.”

ARK Deployer rethinks the previously lengthy and complex process of blockchain creation. Its objective is to significantly reduce the barriers of entry to blockchain usage. An intuitive user interface means that anyone, irrespective of technical experience or background, can build, customise and deploy their own blockchain. The key is an easy-to-follow tool which delivers a blockchain tailored to individual needs.

Users select one of three customisation levels, which benefit from built-in presets or advanced configurations:

Parameters – such as block times, fee structures, rewards or number of delegates – are specifiable instantly using variable sliders and input fields. For less experienced users, explanations of each field are accessible from within ARK Deployer at the click of a button. Supporting guides walk developers through each step of the process in detail:

Ki Foundation’s CEO Réda Berrehili comments: “Creating our own ecosystem utilising ARK’s technology as a starting point means that our organization is able to progress quickly and efficiently. We’re able to focus on developing our business-specific applications while ARK’s open source technology is providing us with a free, efficient and scalable blockchain foundation.”

ARK is an open source blockchain platform. It seeks to empower all who have an interest in blockchain, regardless of their aim or technical background. In ARK’s analysis, being able to leverage blockchain technology quickly and without deep technical expertise is critical to success.

As such, ARK tries to ‘act’ as a beacon for individuals, enterprises and communities wishing to apply blockchain technology as a foundation for their own projects or businesses. This is why it focuses on technology stacks and simple-to-use tools.

ARK offers a technology stack aimed at deployment of standalone blockchains for any use case. Newly created blockchains will have the ability to interoperate through ARK SmartBridge Technology.

With ARK Logic it is also aiming to turn smart contracts on their head, via a collection of tools which include custom transaction types, templates and plugins. These bring decentralised computing and workflows into a secure, adaptable and scalable environment which fits with the ‘ARK Ecosystem’. The latter’s intention is to foster an international community of:

Why do users need their own custom blockchains? As blockchain adoption expands, there are more and more applications, projects and businesses interested in exploring the benefits which blockchain technology might offer, including: