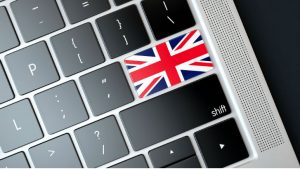 A report out today from Tech Nation reveals that the UK “Tech for social good” market is worth £2.3 billion. It is driven by a new breed of ambitious digital tech entrepreneur and shows the strength of the UK’s technology innovation sector. Tech for social good compromises companies that are tackling challenges in healthcare, education, finance and sustainability.

Gerard Grech, CEO at Tech Nation, said: “This study provides a fascinating analysis of a fast-emerging sector within ‘tech’. These purpose and profit startups range from platforms such as fashion recycling platform Depop to surplus food distribution platform, Olio. We are witnessing a new driver in tech startups.

“While the profit motive remains high, millennial are increasingly driven by the desire to make a meaningful impact on society. Harnessing the huge potential of tech allows us to really think big. We can have both economic growth as well as positively impacting society and the environment.”

What is “tech for social good”?

That’s a very good question. Is it a market, a framework or a social movement?

The report calls out three things:

“Tech for social good is emerging – it is not a sector, it is a mobilising framework for articulating the values, behaviours and attitudes that describe a focus on social impact – putting people at the heart of the business. The outcomes of tech for social good are more important than the mechanisms, they include impact on the environment, communities, health, education, mobility and transport. Organisations in this space are establishing a clear sense of identity, and showing supreme growth.

“There is a great deal of diversity in UK regions and sectors – showing that tech for social good is cutting across all sectors of the UK economy.

While the goals of these companies are laudable, they still face challenges. The report calls out diversity and inclusion as issues that still need to be addressed. It also see the lack of digital skills being a limiter on growth.

Interestingly, the report’s authors say: “In five years, we hope that tech for social good will no longer be discussed. By this time, we trust that social good will underpin the actions of every tech company, rendering the term obsolete.”

What stands out here is that the report is not looking at the social responsibility programmes already in place from large tech companies. Atlassian and Oracle NetSuite have received a lot of positive plaudits for their programmes. They give money, products and staff time to deserving causes. Instead, it is looking at those not for profits that are enabled by those large vendors.

Looking a little closer at the numbers

Numbers and statistics abound in this report. They look impressive and give an insight into what tech for social good is achieving from a business perspective. There is a lot of detail behind these numbers that requires reading the report.

It would be easy to think that many of these companies are start-ups looking to become tech unicorns. This may be the end goal for some. However, not for profit and Community Interest Companies dominate.

The question is will the number of tech for social good companies continue to grow? The report suggests that after peaking in 2017, the number of organisations registered at companies house has fallen.

The report called out diversity and inclusion as a challenge. It sees tech for social good as a force for change here. Importantly it also uses a much wider definition of diversity and inclusion than many reports. It lists gender, age and neuro-diversity as well as socio-economic background. In addition to this it also talks about geography which also covers culture. Outside of tech for social good, the latter two are finally being seen as a potential solution to the lack of cyber security staff inside organisations.

There are some very disappointing numbers in this report around tech for social good companies. For example:

The problem is not just confined to tech for social good organisations. The report points out that across the UK tech sector, Black, Asian and Ethnic Minority (BAME) workers account for 15% of the workforce. While this is higher than the wider UK jobs market, it is still low.

Unlike many reports that just stop at the “this is bad” message, this one does lay out a number of steps for addressing diversity and inclusion. Among these are:

As is to be expected, when the report looked at the geographic spread of tech for social good companies they were concentrated where the money is. This is disappointing especially as many of the founders are likely to be serial tech entrepreneurs. What is equally disappointing is that the UK has a number of hotspots for tech start-ups. These would seem fertile grounds for attracting both workers and funding. After all, we now have a generation that espouses social inclusivity.

London and the South East dominate both the funding and the concentration of tech for social good companies. Over £750 million was raised in London and almost £200 million in the South East. The North West has a very large tech start-up scene yet just a few million was raised. In Wales and Scotland the numbers were so small that they don’t even show on the graph provided in the report.

The challenge here is how to better distribute the early stage investments. One route would be more support from universities. The problem here is that these institutions only invest in projects incubated within their establishments. This fails the inclusion and diversity tests. In fact, look at the funding and it is clear that in those areas with socio-economic challenges and there is virtually no funding. There are tech skills in these areas and tech for social good would have an immediate impact on local communities.

There is some good news. When it comes to the size of investment in tech for social good companies, it is much higher in areas outside of London and the South East. The report suggests that this is due to the concentration of new projects in the latter two regions who are seeking smaller amounts of money.

This is a powerful report with a lot of strong data. It shows that the Corporate Social Responsibility (CSR) programmes from large tech vendors is not the only route for tech to be a drive for social good. What it doesn’t do it is look at the relationship between those large tech companies and the tech for social good sector. In terms of funding and early stage mentoring, these companies have the ability to help make a difference in this area.

The sectors in which tech for social good companies are active are all high grow sectors. The report suggests that the failure rate for some of these organisations is due to commercial pressures. There is no doubt that commercial companies will want to compete if there is money available. This means that buyers and users have a significant part to play in the success of these not for profit organisations.