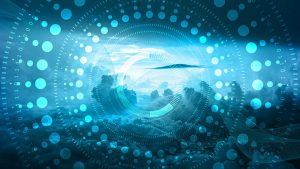 2nd Watch is to use RiverMeadow to help migrate client data and apps to the cloud. This deal sees 2nd Watch take advantage of RiverMeadow’s Managed Cloud Migration tools to move customers to the cloud of their choice – private, public or hybrid.

Jim Jordan, CEO at RiverMeadow commented: “2nd Watch is a recognized leader in cloud migrations and management, and an ideal partner to RiverMeadow as we seek to help companies more quickly reap the benefits of the public, private and hybrid cloud.

“We are excited to have been selected by 2nd Watch as its preferred tool for automated cloud migrations and look forward to supporting its work with large enterprises.”

Simplifying and automating the cloud journey

One of the challenges for many enterprise customers when moving to cloud is the complexity of their existing solutions. Moving applications can reveal unexpected and often undocumented dependencies between apps. It can also point to shared data sources that apps are dependent upon. This is why companies are increasingly looking to third party providers with expertise in discovery and assessment services.

Both companies have their own methodology for migrating customers. For 2nd Watch this is its Cloud Migration Factory that it has used to migrate organisation such as Conde’ Nast, Yamaha and Coca-Cola North America. RiverMeadow delivers its framework as part of its services offering. It also has a set of Live Migration services for AWS, Azure, VMware and databases.

The key to this deal is integrating the APIs and scripting capabilities of the two vendors. This allows them to automate the migration to cloud for clients. 2nd Watch has already used RiverMeadow to help it migrate some clients critical systems. With this deal the two organisations will be working more closely together.

Integrating scripts and automating responses both rely on effective, reliable and stable APIs. Both 2nd Watch and RiverMeadow have these. The question is how closely will they begin to integrate their R&D teams for future development? Doing so would remove any risk of having to rewrite integration code. It would also make it easier for the two companies to win new business from Fortune 500 companies.

This is good news for organisations looking to move to the cloud. Complex IT environments are not the simple “lift and shift” that many cloud companies have tried to promote. In addition, such a move ignores the need to rewrite a lot of code to make existing apps cloud friendly. Another challenge is often the identification of data sources that apps rely upon. It is not unusual to see apps break during testing as they migrate to the cloud.

For 2nd Watch and RiverMeadow, this deal makes sense. Both are successful in their space and there is some overlap between them. The question it raises is whether this is the next step towards a merger or the acquisition of one by the other.