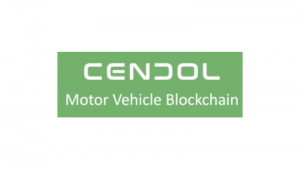 Cendol Technologies (Cendol) has announced a first build of its Malaysian Vehicle Blockchain. It is working to bring onboard auto manufacturers as pilot partners.

Arnold Aranez, CEO of Cendol Technologies says: “We want to revolutionise and build trust in the Malaysian vehicle ecosystem. Our blockchain focuses on establishing a secure and trusted set of vehicle information platform that will help all blockchain members save millions in improved data transaction efficiencies and deliver superior customer experience.”

The objective of the Malaysian Vehicle Blockchain (MVB) is to improve trust and speed in the vehicle industry. The data in the MVB will establish a trusted set of records for every status change for a vehicle. The idea is this will produce faster and more trustworthy transactions between:

Benefits that blockchain members will experience should include:

The Malaysian Vehicle Blockchain seems to be the first of its kind in the world. The effect should be an enhanced customer experience for Malaysians.

What will be on the MVB and its technology base?

Examples of data which the MVB will hold include:

Cendol is partnering with R3 as the enterprise blockchain technology base, using the Corda blockchain platform. Mark Leung, CTO of Cendol Technologies states: “Our adoption of R3’s Corda is a crucial as it provides not only the foundations for our success like compliance, security, scalability and technological roadmap that we found lacking when comparing with other potential options in the market.”

There is a dearth of information about the MVB (or Cendol). The website is light, a point explained as being the next stage is for the team at Cendol Technologies to seek vehicle manufacturing partners to pilot and focus the delivery for the specific Malaysian automobile ecosystem.

Yet the logical appeal runs much broader. All countries have narrow vehicle registry systems. Broadening these makes sense if it improves protections for consumers, financing, insurance and ‘the authorities’. Thus the MVB may have broader appeal, not least because it builds on a widely accepted blockchain platform.

In addition, the application of blockchain makes good sense. Vehicle ‘associated’ records do not change that often, which suits today’s blockchain performance inhibitors. In addition, with so many potentially interested parties, there could be a swift take up. Just think how much better, as a secondhand car buyer, to be able to see a car’s ownership history, including whether it was crash free.

That said, unless government departments act with more nimbleness than usual, MVB equivalents will likely occur only in the most directed of countries. A disappointing reflection on a general reality.