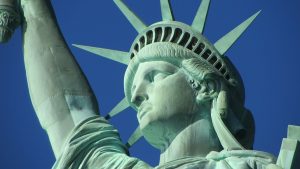 New York is the world’s foremost centre for technology according to research by Savills. The research examines the business environment, talent pool, lifestyle and transport links in a number of cities across the world.  New York made it the premier base for companies, according to the third iteration of ‘Tech Cities’, Savills global research programme. Following New York; San Francisco, London, Amsterdam and Boston, round out the global top five.

The Big Apple leads the pack

The Savills index measures what makes a successful Tech City against 100 individual metrics. This ranges from the number of days needed to start a business through to the cost of a flat white coffee. The metrics are grouped into six categories: business environment, tech environment, city buzz & wellness, talent pool, real estate costs, and mobility. Each category is weighted to reflect its importance to the tech sector.

For the first time, Savills has measured ‘mobility’ as part of its Tech Cities ranking. The Savills report suggest global urbanisation is rising. It notes that a city’s ability to get people from A to B efficiently is also rising in importance. Even if a city has a good pool of tech talent, if employees cannot get to their workplace quickly and cheaply this will harm the prospects for tech occupiers. As a result, this will impact on the overall success of the city. Savills has considered three elements when assessing mobility. The availability, density and investment in shared mobility services. The scale and level of innovation in the city’s metro system, and the quality of urban infrastructure.

Nicky Wightman, Director of Global Occupier Trends at Savills said, “Savills 30 Tech Cities are among the fastest growing in the world. Measured by metro area, together they’re forecast to add another 18 million inhabitants in the next decade. This will put ever greater pressure on existing infrastructure. This poses a risk to city competitiveness, hence why mobility is now an important component in our index.  Many of our Tech Cities are at the forefront of addressing the issue.

“While London is the best mobility all rounder, it’s lower than it should be on shared methods of transport. The city should take lessons on how to do this better from the Asian cities. Similarly, Asian and US Tech Cities can learn lessons from London and other European tech hubs on how to improve the quality of urban infrastructure. They need to make their transport networks more sustainable.”

The rise of Chinese technology cities

Paul Tostevin, Associate Director in Savills World Research team, and lead researcher on Tech Cities, adds: “One of the most interesting trends we’ve noted in the last two years is the rise of China’s Tech Cities. While largely mid-table overall, these cities now account for more VC investment than their US counterparts. The US-city share of the VC investment into our 30 Tech Cities has dropped from a 40% share to 28% since 2012. In contrast, Chinese cities have seen their share rise from 11% to 36% over the same period. Beijing has by far the greatest VC investment, but our ranking puts Shanghai ahead as a more ‘global’ tech city. This is due to an international business environment and better of quality of life for residents.”

Perhaps the most interesting aspects of this report is the rise of Chinese Tech cities. Chinese technology cities have risen rapidly on the global stage, and now account for a higher share of VC investment than their US counterparts.

VC investment volumes across the 30 Tech Cities rose from $37 billion in 2012 to $207.8 billion in 2018. While the scale of overall investment has risen, the US-city share of these volumes has dropped from 40% to 28%. Chinese cities, by contrast, have seen their share rise from 11% to 36% over the same period.

For every US tech giant there is a Chinese equivalent. The US has ‘FAANG’ (Facebook, Amazon, Apple, Netflix, and Google). China has ‘BAT’ (Baidu, Alibaba and Tencent). More recently the mobile-driven ‘TMD’ (news app Toutiao, group-buying service Meituan-Dianping, and ride-sharing firm Didi Chuxing).

Increasingly, businesses irrespective of size, sector or maturity, will be looking east, to China for innovation, investment and partners.