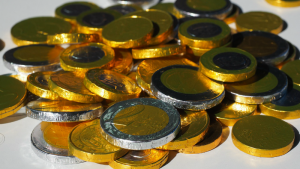 Digging deeper proved challenging. Even after several days all is not clear. Yet the confusion illustrates a downside to the blockchain arena: much is claimed and too little carries substantiation.

While there is no mention of any deal with BNC LedgerTech, nor any mention of Ubanker, this might be a matter of timing. The ‘announcement’ was less than a week earlier.

Searching for more details about BNC LedgerTech produced the following:

Cointelegraph stated “Netpay International will reportedly become the fourth fintech firm to use BNC LedgerTech’s digital, blockchain-based banking solution “Ubanker.”” This intimates that Ubanker is a banking application or suite of applications written to exploit blockchain. As such it should be attract significant attention from the financial community.

But searching for Ubanker produced:

Of Ubanker as a blockchain-based banking application, there was no immediate trace (other than to the same circular NetPay International and BNC LedgerTech ‘announcement’).

It is difficult to be sure what to make of all the above, other than caveat emptor. The threads are diverse:

In one way the good news is there appears to be little to deprive anybody of their assets which goes under the name Ubanker or blockchain-based banking. Nevertheless, this does emphasise that care is necessary when dealing with blockchain assertions, however attractive.