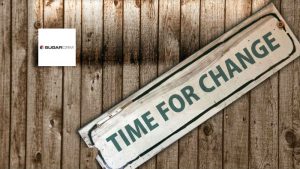 SugarCRM Inc has announced the appointment of Craig Charlton as CEO, effective immediately. He succeeds Larry Augustin who becomes chairman of the board of directors. Augustin has led SugarCRM since May 2009. Initially, as interim CEO before his appointment was made permanent in November 2009. During his tenure the company has grown its revenue tenfold. It moved away from delivering purely open source software and now offers commercially licensed software. Today, more than 2 million people use SugarCRM, across 120 countries in 26 languages. He will continue to advise on long term strategy and customer evangelism.

Charlton joins the organization having spent the last two years as a strategic advisor to Accel-KRR who invested in SugarCRM in August last year. He spent the last two years as President and CEO of Oildex, another Accel-KKR investment that was sold to DrillingInfo in September 2018. Prior to that he gained experience in the CRM market as CEO of Abila (another Accel KKR investment). Abila delivers software for use in the non-profit sector, including fundraising and CRM software. Accel-KKR clearly believe that he is the man for the job at SugarCRM to help grow their investment to the next level.

Augustin commented: “His experience in accelerating growth organically and through acquisitions, his passion for acquiring and servicing customers at global scale and his expertise in building, selling, implementing and supporting Customer Relationship Management (CRM) systems make him an extraordinary fit for SugarCRM. He is the right person to lead SugarCRM to the next stage of growth.”

In response, Charlton commented: “We’re starting a new phase of growth for SugarCRM. I’m grateful to Larry for building a company that has such a strong foundation and bright future ahead. The employees at SugarCRM are world class and the value that we are providing to companies worldwide has and will only continue to grow.”

A change of CEO is always potentially disruptive in any organisation. Augustin has led the company for nearly a decade and he will have helped to form a culture that now permeates through the organization. Charlton will need to first understand where the business is now before making any decisions around how he will initiate new or continue existing growth opportunities.

However, the new CEO will have solid backing from Accel-KKR and the company may look to invest further in the product, channel and sales and marketing. Whether that will include any acquisitions it is too early to say, but it is likely that the question will be asked several times in the next few days. While he has delivered success twice before the hard work starts again now.

Tacton offers end to end self serve eCommerce for manufacturers

Business Ian Murphy - November 20, 2020 0
Ink Aviation and Tento Health have launched the Ink Digital Health Platform. It is targeted at airlines and airport operators to get people flying...

Managers under pressure over employee mental health and productivity concerns

Latest News Roy Edwards - November 20, 2020 0
A staggering 95% of European enterprises are under pressure to reduce technology costs during the pandemic according to research from Insight. However, an inability...

Forter fortifies itself with more funding

Yotpo research reveals shopping habits of US and UK consumers

eCommerce Roy Edwards - November 19, 2020 0
Yotpo has released new data detailing the latest trends in consumer purchase behaviour, from discovery to purchase. The report is particularly timely in the...

Latest News Steve Brooks - November 18, 2020 0
Steve Lucas, CEO iCIMS kicked off iCIMS virtual conference Inspire, with a keynote that included news of a strategic acquisition, that of EASYRECRUE. He...

COVID is creating a rising tide of e-waste

Latest News Ian Murphy - November 18, 2020 0
E-waste, the detritus created by discarded electronics is surging. It is being fuelled by both an increase in Bring Your Own Device (BYOD) and...

Latest News Roy Edwards - November 18, 2020 0
Retailers in the UK might be slowly recovering from the fallout of the global pandemic. Sales figures are up 5.5% in recent months compared...