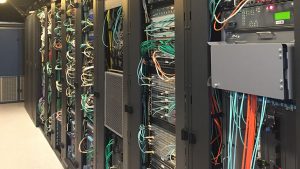 At the KubeCon and CNCF conference in Seattle last year, Enterprise Times caught up with IBM Cloud Supremo, Jason McGee. By then, the dust was starting to settle on IBM’s acquisition of Red Hat. There were and still are, a number of questions that are unanswered. For example, who wins out of OpenShift and Cloud Foundry? Will IBM support both? Will Red Hat, as an IBM subsidiary have to support both?

There are also many questions over what happens with IBM Cloud. IBM has spent a small fortune buying technology and companies to expand the unit. The biggest of which was the acquisition of Red Hat. However, the message is that Red Hat remains independent. From a business sense that makes no sense so we wanted to see if McGee would tell us which IBM Cloud properties would end up under Red Hat control.

Aside from all of that, we were meeting at the KubeCon and CNCF conference. It seemed a good time to talk about containers and especially Kubernetes. McGee has some interesting perspectives on what is happening with containers and why we need to pay more attention to them. For example, did you know that IBM runs its Hyperledger-based blockchains in Kubernetes instances? It also runs a number of other major projects inside containers. This sends a message to corporates that it is time that they followed suit.

What are the challenges for a Chief Data Officer?

What are the challenges Hybrid Working poses?

How to unlock more magic in yourCloud ERP