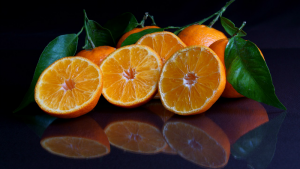 An Electronic Bill of Lading (e-BL) pilot reduces the time to transfer shipment documents from seven days to one second. The result is that a PIL shipment of 28 tons of fresh mandarin oranges arrives well in time for the Lunar New Year. In this pilot, Pacific International Lines (PIL) exploited e-BL built on the IBM Blockchain Platform with real-time tracking of the mandarin oranges intended for Lunar New Year celebrations.

Lisa Teo, Executive Director of PIL, said: “We are pleased with the steady progress of our blockchain collaboration with IBM. To-date, we have received very positive feedback from the industry and authorities, and we are enthused by the possibilities of how our blockchain developments can transform and inject a much-needed boost in efficiency and innovation into the industry.”

Bills of Lading – some background

Compared to the current way of using paper Bills of Lading – a process frequently slowed down by lengthy paperwork with an exposure to fraud and inefficiencies – using e-BL delivers a process which is secure, transparent and seamless with an accessible documentation trail for participants.

A Non-negotiable or Straight Bill of Lading is the form which addresses or consigns directly to the buyer. The carrier will issue a set of three original Bills of lading, one of which requires endorsement by the consignee and presentation in order to obtain the goods at destination.

Bills of Lading are, therefore, a crucial part of the document chain used in international trade. Typically the shipping carrier issues these to document ownership of goods but a Bill of Lading also functions as a receipt of goods and contract of the shipment.

In this trial, Hupco is a major importer into Singapore of mandarin oranges. As a symbol of prosperity, mandarin oranges are a common – and welcome – sight during the Lunar New Year celebrated in Asia. For example, people exchange them as greeting gifts as well as eat them during the festivities.

Mr Tay Khiam Back, Chairman and CEO of Hupco said: “We are delighted with the outcome of the trial.  By using the e-BL, we have seen how the entire shipment process can be simplified and made more transparent with considerable cost savings. Our customers can expect their orders in a more timely manner, and, importantly, with freshness assured.”

Combining e-BL with blockchain technology holds out the promise to reduce document processing times to almost zero. This can occur because there is an almost instantaneous digital transfer of the bill of lading for a cargo. In essence e-BL automates the document handling. In turn this makes it possible to delivered goods quicker and more efficiently.

The live trial followed the PIL-IBM e-BL Proof of Concept announced in October 2018 which also brought together:

In this pilot PIL and IBM collaborated to digitise the lifecycle of negotiable and non-negotiable Bills of Lading on top of distributed ledger technology. The mandarin orange live trial is important as a milestone – because it validates the system working in real-world conditions.

Harriet Green, CEO and Chairman of IBM Asia Pacific, said: “A blockchain-based trade network will be a game-changer, and we have a great opportunity here with our partner PIL to revolutionize the documentation processes in a way that benefits the entire industry.

“Powered by blockchain, the e-BL developed by the IBM Research Singapore will be critical in helping to establish an extensible ecosystem for trade, thus expectedly enhancing trade efficiency and building trusted trade relationships among the industry players.”

An e-BL platform manages each Bill of Lading digitally. An important element is that it includes bank participation (vital for payment).

A negotiable e-BL network (see above) in effect establishes a credible, extensible ecosystem which can facilitate trade transactions and settlements. This enhances the traditional issuing of Letters of Credit and Guarantee, with the blockchain (in this case IBM’s Blockchain Platform) acting as the single electronic point of reference – for all participants.

While much discussion has existed about blockchain improving supply chain and trade finance efficiency, what this e-BL pilot demonstrates is that it can work. A reduction for seven days to seconds can make a huge difference to costs, as Hupco describes.