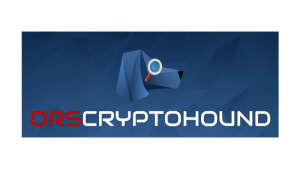 “This investigation is one of the early case studies showing AI’s potential in blockchain and cryptocurrency analysis,” said Fabrizio Fontana, Chief Analyst of the ORS CryptoHound research team. “Our goal is to provide a free and easy-to-use platform for everyone who wants to collect as much data as possible about a specific blockchain address or transaction.”

The analysis and conclusions

Having analyzed the one hundred largest Ethereum transactions for the last quarter of 2018, ORS CryptoHound discovered some patterns in the behavior of the six wealthiest wallets:

The analysis, eventually, showed the initial tokens ending up equally distributed between thirty-nine new wallets. Each new wallet held precisely 150,000 ETH. In total these accounted for some 5% of the total Ethereum supply.

The investigation did not identify any specific person or organization that might have been behind the interrelated wallets. However, ORS’ hypothesis, derived at the end of the research, suggested the existence of a ‘crypto whale’ attempting to fake decentralisation. This hypothesis indicated that this individual (although it could be an organization or fund) believed it was possible to “separate the ETH and OMG holdings, thus protecting the integrity of the Ethereum brand”.

In the much scorned and doubted world of cryptocurrencies there is the risk that ‘digital value’ can disappear without the owner knowing why. This is the Achilles limb (far more than a heel) of electronic ‘money’.

Enter ORS’ CryptoHound. While it cannot rescue that which has ‘dematerialised’, it is a tool for searching and examining what has occurred in the opaque world of cryptocurrencies. Hopefully there will be more and more of these tools coming available. In existing they become a threat to the malicious and criminal – and  may (slowly) establish some form of credibility for digital currencies.