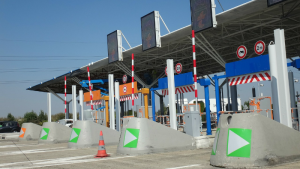 “When we started the Tolling.Network project, we were drawn to Hyperledger because it doesn’t rely on cryptocurrency. We understand how much toll agencies need security and stability, and that’s what we designed Tolling.Network to provide,” said Tyler Milligan, Managing Partner of Milligan Partners and Co-Founder of Ruuftop.io. “We believe the solution is blockchain technology. We also believe that an open source project is the right way to go. Government agencies need a cost-effective and innovative option, and that hasn’t existed… until now.”

The combination of these is what makes Tolling.Network so efficient compared to other blockchains.

Tolling.Network is a permissioned, blockchain network which:

A smart contract (also called chaincode) is the encoding of sets of rules stored on the blockchain. These rules govern how toll agencies operate. When known, these rules mean toll agencies can tailor their business approach for each organisation with which they interact: there is no need to conform to one consortium’s set of rules.

The road toll problem and what it needs from blockchain

For at least the last ten years, the US toll industry has tried to solve the problem of interoperability on a national basis. Tolling.Network allows toll agencies to share status updates for:

Data encrypts and stores in distributed ledgers. This enables everyone always to possess access to a current copy of the transponder status list. Put another way, this means that the list ‘you’ are looking at is the same list ‘I’ am looking at . Better still, this eliminates the need to send giant data-heavy lists back and forth each day.

In addition the use of distributed ledgers makes it easier for agencies to:

Shared, verifiable accounting is one of the attractions of blockchain. A blockchain provides the ironclad, immutable, transparent histories of the information written to it. This means that ‘transaction’s’ cannot disappear, that the past can be re-assembled.

Road tolling systems, particularly in the US, tend to exist more in isolation than with interoperation. In the Tolling.Network vision, blockchain becomes the common or shared point for interoperability. Thus blockchain becomes an enabling infrastructure component which does not demand, if Enterprise Times understands this, existing systems must be rewritten.