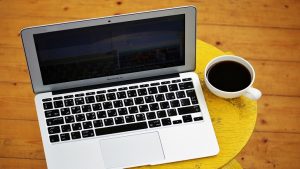 Shopify’s flagship space in LA is a culmination of multiple initiatives, including previous roadshows of travelling Shop Class and Retail Tour events.

Previously, Shopify visited major cities across North America and the UK to offer one-on-one support and a variety of educational workshops for merchants. It was here that the idea for a permanent space was born.

“Shop Classes and Retail Tours were really the most inspiring drivers of the LA space,  because we saw how much our merchants, and the larger entrepreneurial community, valued that kind of face-to-face interaction with Shopify,” said Satish Kanwar, Vice President and General Manager of Channels. “Those experiential initiatives really laid the groundwork for what Shopify’s space in LA has become.”

On average, over 20% of the people who walked through the door of a Shop Class session started their first store while there. Another 15% of attendees were able to make their first sale thanks to lessons learned from Shop Class.

Shopify realised a permanent space could amplify these positive results and help even more entrepreneurs to reach their goals.

To offer entrepreneurs as many tools as possible to help them succeed, the space brings together multiple “zones.” The zones are all individually built to assist business owners in a targeted way and all located in one physical space.

One of the space’s primary objective is in-person technical support. Gurus, who are the authorities on all things Shopify, are the heart of Shopify in LA. As educational guides, trained in both online and offline selling, Gurus are the frontline experts available to help eager entrepreneurs with technical issues or even offer ideas for new products.

Josh Barcenas, who handles marketing and eCommerce for LA-based furniture brand Modernica, agreed that there’s inherent value in connecting Shopify experts with entrepreneurs in the same room. “You can’t always express yourself over chat or email the same way you can in person,” Barcenas said.

In-person workshops to build your skills

Shopify in LA features a custom amphitheater where merchants can attend free classes, workshops, and talks. Small classes provide entrepreneurs with tangible skills they can immediately use to run their business better. The current curriculum includes courses on topics like increasing reach through organic marketing or learning the basics of product photography.

Entrepreneurs can also opt for one of the special events hosted in the space, where successful merchants and industry pros share hard-won advice, best practices, and their take on current trends. For example, retailers can learn how to compete with Amazon.

Merchants eager to create a new product (or launch their first product) can head to the back wall. Aptly dubbed the “Creation Zone,” aspiring entrepreneurs can work with experts to create new products to sell in their own store.

Each quarter, a new partner will host the station so merchants get regular access new creative services. Shopify LA’s first partner, Printful, helps merchants put their logo, branding, designs, or stock images on a variety of merchandise. While there, entrepreneurs get a glimpse of the possibilities of print-on-demand services and walk away with a customized product sample like a T-shirt, pillow, or hat donning their own design.

Since the LA space is meant to serve as a hub of entrepreneurial activity, its lifeblood isn’t just the tools and training. The space is also meant to help merchants plug into their local entrepreneur community.

The space features a co-working lounge that encourages entrepreneurs to mingle and work side-by-side.  Community is central to Shopify in LA’s purpose, and the lounge can serve as a meeting spot for entrepreneurs to collaborate and connect.

But why Los Angeles? Since Shopify has more than 600,000 merchants scattered across the globe, choosing a home for its first flagship proved to be a challenge.

Ultimately, the decision came down to the numbers: LA is a hotbed for hard-hustling entrepreneurs. With thousands of merchants within a 200-mile radius of the city, an LA based flagship could serve the most merchants per square mile.

Enterprise Times: What does this means for businesses?

Amazon earlier this year opened it first checkout-free grocery store, known as Amazon Go in Seattle. Amazon has already opened up a range of retail and pop-up stores across the US. Google is finalising its first store in Chicago, presumably to sell Pixel phones, Pixelbook computers, its upcoming smartwatch, and more. The company already has a startup campus in mini-silicon roundabout in Shoreditch, London.

The trend of virtual companies developing clicks and mortar operations continue with Shopify’s flagship space in LA. Similar to Google’s startup campus, Shopify’s space is a smart way of cementing relationships with its customers base.

Previously, the UK government had announced support for the development of digital hubs across the country.  In 2014 there were almost 200,000 digital businesses in the UK. They supported 1.4 million jobs across whole country.  The fastest growing digital hubs were located in Southampton, West Cornwall and Dundee. Tech City UK’s Tech North programme was supposed to help to catalyse the development of the tech ecosystem around the seven northern cities of Hull, Leeds, Liverpool, Manchester, Newcastle, Sheffield and Sunderland. However, since Brexit, very little has been heard about this initiative.

Perhaps, it will take technology companies like Shopify flagship space, Google, BT or Dyson to provide the necessary support and advice needed by emerging digital and non-digital companies.

A year of superlatives for Upland Software