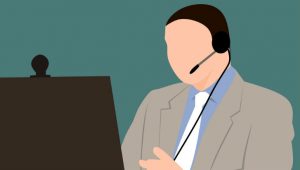 simPRO has announced that the next release of its software will include VOIP integration. The software, version 18.4.4 is available from 25th November. This release will enable users to integrate their VOIP service through a SIP server integration. It will enable both inbound and outbound calls. The release also has several minor improvements and bug fixes.

Customers will already need to have a VOIP solution in place, a fact noted in passing by simPRO. If they do not, the implementation of a VOIP solution is straightforward but possibly not as simple as the simPRO blog infers. What is simple is the integration to simPRO once the SIP server is available to connect to.

Once integrated, each user configured on the system is able to make and receive calls straight from their simPRO desktop. The application supports the ability to click on a contact phone number and the VOIP call is placed. In reverse, if an inbound call is received and the number is recognised by the system, the caller’s name is displayed. Usefully if the inbound call is recognised the user can click on the name and open the customer record. If the caller is one of several in a client company the user is able to add an additional contact while on the phone. There is support for simple phone functionality such as hold, mute, transfer.

Note that VOIP is not supported in Internet Explorer and Mozilla Firefox requires additional set up, available here. VOIP solutions have progressed significantly over the last few years and are normally cheaper to operate than traditional landlines as an internet connection can be used. Note that quality of service depends on the availability of a strong internet connection.

Adding Computer Telephony Integration (CTI) with the desktop version of the software is useful. It is unclear whether this is also available on the mobile application. For organisations already using a VOIP system this improves the efficiency of using simPRO. For those organisations that are considering VOIP and already using simPRO it adds another reason for implementing it.

The other minor improvement flagged by simPRO was the addition of a “Save and Finish” button. Once clicked the current record, workflow or task is saved and the user is passed to a screen with a set of options that are most likely to follow the previous action. These appear to be predetermined rather than generated through some kind of machine learning. The example in a supporting video shows the user finishing the editing a customer and being presented with four options (as well as the normal menu):

The other improvements include:

A few years ago an FSM software company would have invested in CTI integration to support Avaya or Cisco phones, this was not an easy process. simPRO does not appear to have such CTI integration in place for any legacy telephony system. Today, with standards around SIP telephony available, it is now much easier to accomplish for a modern VOIP solution.

For small businesses the idea of implementing a SIP system is more cost effective than a traditional PBX solution. There are many other advantages of doing so. The latest VOIP telephony solutions often contain collaboration tools and integrations to other software.

While this is a minor update from simPRO the inclusion of the VOIP integration makes it noteworthy. The efficiency increase within organisations able to leverage the combination is significant. The rest of the release is mainly bug fixes which existing customers will welcome.