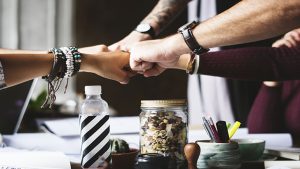 Arden University and Digital Native UK are launching a new degree apprenticeship called the Digital and Technology Solutions degree. It is a mix of online learning, vocational training on site and face to face coaching over three years. With employers struggling to get the digital skills they need, this will help them train new staff and upskill existing employees.

Stacey Allen, Director of Corporate Partnerships at Arden University said: “Work-based learning is playing a significant role in addressing the current skills gap. By partnering with Digital Native UK, we can help businesses grow and retain its existing talent but also help diversify career choices beyond the traditional university degree.”

Delivering on a promise to improve apprenticeships

As the historic manufacturing heartland of the UK, the West Midlands is no stranger to apprenticeships or unemployment. It currently has one of the highest unemployment rates in the UK. Only London and the North East of England have a worse rating (source: House of Commons Library).

Seven weeks ago the Mayor of the West Midlands, Andy Street, launched the West Midlands Apprenticeship Promise for all 16-24 year-olds. At the launch announcement of that programme, Street said: “We still face challenging levels of youth unemployment, and not enough young people are being connected to these new opportunities generated by our economic growth.

“That’s why the West Midlands Combined Authority (WMCA) is saying ‘You’re hired!’ to every young person aged 16 to 24 in the West Midlands. We’re making a firm commitment to all young people – no matter who you are, or where you live in our region, we promise you will have access to a good apprenticeship or training opportunity.”

Street’s promise allied to this announcement should help companies retrain their existing workers. They will also be able to hook into a programme that will deliver new skilled workers. Importantly, this will not leave those workers with the huge debt problems that many university students have.

Economic growth requires jobs which will only come if there is a workforce capable of filling those jobs. In the tech sector there is a huge gap between jobs and skilled workers. This has driven up employment costs which has reduced the growth in some sectors. As AI and robotics continue to take over mundane, repetitive manual labour it is increasing the unemployment rates in some areas.

What is happening here is a political promise being matched by local companies and a university. While much of the attention will be on that youth unemployment of 16-24 year-olds, this is about much more. This is also about retraining existing workers rather than make them redundant. It will allow employers to transition their workforce while retaining knowledge of the business.

The courses start in January. It will be interesting to see what the take-up rate is and who is committing to the programme. Organisations will also want to know what the cost of this initiative is.