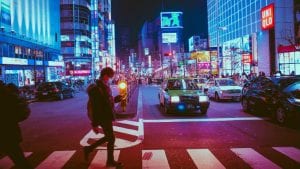 This is part of what’s becoming known as the Fourth Industrial Revolution. Artificial intelligence, robotics, and the Internet of Things (IoT) are transforming the customer experience. With each of these new technologies comes a new wave of data signals. And businesses need to capture and make sense of all that valuable data in order to deploy intelligent and appropriate strategies. Disconnected data sources and departments make synchronising all the channels that much more difficult.

What is Proximity marketing

Proximity marketing refers to communicating with customers at the right place, the right time and with relevant and personalised messages, on their smartphones. The messages could be greeting at the entry points, special offers in the store aisles, or getting feedback on a new product.

Beacon technology is making this possible. It involves a simple device that can be placed in locations to capture consumers in a new marketing wave called proximity marketing.

The beacon is a small battery-powered device that is readable by nearby Bluetooth enabled devices. It works within a certain radius, functioning similar to cell towers. The beacon emits a signal to smartphones and tablets within the radius. Signals can alert users of special offers or other information sent by beacons in their vicinity.

There are effectively two beacon standards. In 2015 Google launched Google Eddystone platform, also known as Google Beacon. Google Beacon project aims to help businesses directly target their consumers and allow them to see detailed analytics of how effective their advertising really is.

iBeacon is the platform developed by Apple in 2013 to support both iPhones and Android devices. However, users need a dedicated app to communicate with the iPhone.

The beacon device can be set up in a physical store and paired with an AdWords account. This increases the chances of showing up on a Google search when a user is close by. The signal that is emitted by the beacon is sent out to any user within the vicinity that has their location services turned on. (For Google Nearby or an app if using an iPhone). The beacon will not store the customer’s information. It is a one-way transmitter. Businesses do not need GDPR compliance with your beacon setup.

Last year, Google collaborated with Coca-Cola on Chrome-based digital signs for supermarkets. The signs pull in localised ads from DoubleClick and are equipped with beacon technology for pushing personalised messages to mobile users.

According to Greg Chambers, former Global Group Director of Digital Innovation at Coca-Cola. “We wanted to elevate the consumer experience to a place of pure excellence and the ability to send the right message to the right person at the right time is key to driving that world class experience in the connected retail world.”

The displays are powered by inexpensive Chromebit devices connected to a content management system (CMS) on Google Cloud Platform. The Chromebits also provide simple, centralized management of the signs. Combined with sensors, they can offer the company detailed, actionable information through Google Analytics. They also provide contextual advertising to other screens like nearby customer smartphones.

Both large and small businesses can place multiple beacons around selected areas such as stores, theatres, shopping centres, sporting events, or airports. Companies send out information to devices in that vicinity. Mobile users can then engage with, or use the info for directions, turn by turn navigation, discounts, or other promotions.

Volkswagen promoted its new Amarok model in Turkey using proximity marketing. The company engaged with shopping centre visitors through a third-party mobile app and beacon-enabled billboards. As much as 43% of invited customers accepted the test-drive when “the car was calling.”

Beacon technology can also be used to track consumers time in specific locations, such as the time spent on a certain shopping aisle. With timing data, this allows the business to leverage how many people are on staff, when to send out notifications, and the best times to run sales.

As a result, the technology can show how many people are responding to ads and becoming customers. This creates tangible success metrics for how an ad campaign is working for both their physical stores and eCommerce platform, highlighted in a recent Magento blog.

Whereas previous beacon technology needed an additional app on the user’s device to convey the message, Google has cut out the middleman with its Eddystone integration. Proximity marketing is now gaining in popularity and usefulness.

Bluetooth beacons are currently the leading proximity marketing technology. According to Proximity Directory Report Q4 2017, 86% of the proximity sensors deployed across the world are beacons. The same report reveals 18.7 million proximity sensors were deployed by Q4 2017.

What does it mean for business?

Nine-in-ten urban dwellers use smartphones to get directions. In fact, 80% of the urban population makes use of location functionality at restaurants, 67% at shopping malls and 50% at the gym, to name a few. With this extensive adoption, location-based services have naturally taken off.

Consequently, the adoption of beacon technology to support proximity marketing makes perfect sense. The only surprising consideration, is that it hasn’t yet impacted the high street.

Recently the UK press has been lamenting the death of the high street in towns and cities across the country. A number of large retailers such as Maplin and Poundworld have all disappeared. Many other retailers such as House of Fraser continue to struggle. Footfall continues to migrate online. The technology would help traditional bricks and mortar businesses.

It can also help eCommerce businesses cut through competition with localisation. Being able to market to select people in specific high-traffic areas could give eCommerce companies a serious advantage. This technology gives businesses the ability to directly target potential customers in various locations. A business with no physical presence can locate their beacons in physical structures such as shopping centres and ping out offers to potential buyers. Companies can use location-based marketing to direct customers to online products that may not be readily available in their stores. This could be especially helpful during peak seasons like Black Friday and Christmas.