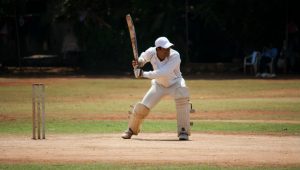 When I met Mark Woodhams recently he was completing his 101st day in his new role as VP Global Sales at BlackLine. He will soon be moving to near Los Angeles where the company is headquartered. His role, unlike others of that title, includes all Global sales including the US market. I spoke to him about his new role, and the challenges ahead.

Woodhams previous role was the Managing Director, EMEA at NetSuite. In that role he consistently drove growth. That accelerated after the acquisition of NetSuite by Oracle. When I asked him why he left the role he merely answered “I was bored there”.

This may seem odd but his role, while senior, was one he had done for several years. The expansion across Europe was continuing at a pace but one suspects that it was meeting similar challenges with each new country. This wouldn’t have changed even after the acceleration brought about by the Oracle acquisition and subsequent funding.

Woodhams had previously worked at Oracle, understood the organisation and how it works. While he looked back on his time at NetSuite “fondly” he did admit that he would have preferred the company to remain independent. (He also believed that Oracle/Larry Ellison timed the purchase perfectly.) While that might have meant a slower growth trajectory, NetSuite would have retained more of its native start up culture.

Woodhams had been looking for an opportunity to move his career forward. He admitted That might have been in a role in the US with NetSuite but nothing was offered. He was looking for a vendor that was both “niche and mission critical”. Marc Huffman, once president of Sales and Distribution NetSuite had joined BlackLine as COO. Huffman clearly influenced Woodhams to join. Woodhams explained that while “BlackLine is not mission critical, it will become mission critical”. It is certainly niche.

BlackLine offers financial close solutions. It currently sells mainly to CFO’s and helps them with the process in closing large complex organisations. Interestingly Woodhams added that there is increasing traction from mid market organisations as well. It includes several components Woodhams that explained. One, that is quick to deploy, measured in hours (250-500) according to Woodhams and has the matching engine. This AI driven solution matches orphaned transactions, a process that takes some finance teams several man days to complete.

A second is Smart Close which helps to standardise and automate the closure of accounts. BlackLine also helps to automate the complex closure in multinational and multisubsidiary businesses. It integrates with SAP (with whom it has a strong partnership) as well as other ERP solutions from Oracle (including NetSuite), Microsoft and others. It has more than 2,402 customers (Source seekingalpha.com) now according to Woodhams. This includes household names such as Coca Cola, Dun and Bradstreet, Ebay, Hyatt and Zurich.

While most of the publicity has been around the relationship with SAP, the actual break out of the customer base is interesting. Woodhams revealed that the majority are split between Oracle and SAP with the remaining minority Microsoft and others. BlackLine is agnostic on the ERP vendors it integrates to. This is surprising considering that it sometimes completes with Oracle Hyperion. While Oracle Hyperion may offer some of the functionality that BlackLine offers it does not provide everything (the reverse is also true). Woodhams could speak with authority on the matter as he had previously worked at Hyperion, before and after the Oracle acquisition.

Compliance is the key

For Woodhams the interesting part is the direction that BlackLine is heading. He explained it in one word, “compliance.” He added “there is more regulation and compliance, people cannot afford to make a mistake”. What Woodhams explained is that finance departments can no longer rely on excel spreadsheets to complete matching and close processes. They need a tool that is automated, leveraging Robotic Process Automation (RPA) and AI to deliver answers with a fully audited trail.

First, Woodham believes is the need to educate the market.  He added: “I am back where I was with NetSuite 7 years ago”. Then it was about cloud ERP as SaaS. Now it is about convincing the office of Finance that their historic processes are not just outdated but have a high financial risk with new regulations. This will be highlighted in November at the InTheBlack annual conference when they have Andrew Fastow, former CFO of Enron on stage to unveil some of the issues at Enron during its collapse. Something he was convicted for and served a six year sentence.

He view was validated only a few days ago by Infor. Infor created a partnership with Donnelly Financials to deliver a compliance wrap for SEC Filings around Infor d/EPM. This is an interesting market that others are clearly eyeing up as well.

Woodhams has not picked an easy task, The company is still small and has grown organically. It last raised funds ($220 million) in 2013. Woodhams did not believe that it would seek funding to accelerate growth. This is unlike Egnyte, which has a similar growth philosophy but just received funding from Goldman Sachs. The difference is that BlackLine is the market leader with revenues of $179 million, $55 million in the last quarter. It has forecasted revenues of between $224 million to $227 million for the full year 2018. (Source Seeking Alpha)

It has just opened an office in Japan, to add to those in Singapore, Hong Kong, Sydney and Melbourne in that region. According to Woodhams, the website also mentions the Philippines and further expansion is expected. The next may be India. Many multinationals, especially software companies have large entities in India. The idea of opening a sales office is a bigger challenge though with pricing in India a challenge for many.

When asked what his challenges were for the next year he gave three:

To understand the product more. BlackLine is a complex product that includes components driven by RPA, AI and Machine learning. It deals with technical accounting and compliance issues. Woodhams has learnt much in his first 100 days but would like to get a deeper understanding.

Scaling outside the US. This is not a simple matter but in Woodhams they have a leader with vast experience of expansion in EMEA. While he acknowledged that Asia is a new territory many of the fundamentals are similar and he is eager to learn the cultural differences.

To create a channel strategy for BlackLine. Much of the international expansion is being created by a pull from the tier one SI’s. They see considerable consultancy revenues in their regions to set up the complex multi company close and compliance requirements. One of Woodhams secrets for delivering a successful channel operation is honest transparency. It already has relationships with Accounting firms such as Grant Thornton but Woodhams will look to expand these across different territories.

Woodhams understands that he will spend the next year setting up the sales organisation, both internally and through the channel. He has already made a difference internally. Making tweaks to the internal sales operation to remove needless barriers to the operation that have appeared over time. He preferred to state that his objective in two years is to continue increasing revenues. (Amended – see below)

Beyond that it is difficult to tell. The move to the US is not a permanent one according to Woodhams, though it was one he was hoping for. Originally, he saw himself living in San Francisco rather than Los Angeles. This was possibly an indirect dig at the lack of promotions on offer within NetSuite. Certainly, NetSuite’s loss is BlackLine’s gain. Though he did wish Nicky Tozer, his replacement at NetSuite his best wishes. As she was his right hand for several years they clearly have a good relationship and he trusts her to continue the work.

Woodhams appears re-energised in his new role. He has a vast experience of accelerating growth successfully at NetSuite and is now back in the sales environment where he originally started his career. He now has a greater understanding of all the operational processes outside of Sales and this will stand him and BlackLine in good stead going forward.

The key now is execution. The issue maybe a lack of funding, especially as other companies start to realise the gap in the market and offer wider functionality than BlackLine. There are also several companies working in the same space and BlackLine will need to keep technically ahead of them. If they (competitors) receive funding, the challenge may be greater.

Can StaffCircle and IES solve The Great Resignation