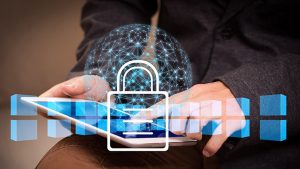 Singtel subsidiary Trustwave announces new and enhanced cyber threat hunting capabilities. This includes actionable threat intelligence for Singtel’s Advanced Security Operation Centre (ASOC) in Singapore. It claims that enterprises using this new service will see a reduction in the time taken to detect cyber attacks. The goal is to reduce detection time from weeks to days and finally to hours.

The service is supported by Trustwave SpiderLabs team of security experts. It provides a range of services from ethical hacking to threat hunting. They also deliver incident response and forensic investigation support for customers who have been breached. One of the challenges for many organisations is dealing with the complexities of incident response after a cyber attack. Another is ensuring that all data gathered is kept in accordance with forensic requirements.

At the moment the new service is only being deployed in Singapore. However, Singtel plans to deploy it across all its ASOCs that do not already offer similar services. The company operates 10 ASOCs around the world. Some of these already have some of these services. The goal is to make this a common offering and attract those customers with offices in multiple regions.

According to Chris Schueler, Senior Vice President of Managed Security Services at Trustwave: “Recent breaches targeting government and other major sectors by cybercriminals who have become better at evading detection have driven demand for managed security services that deliver global detection, hunting and quick remediation capabilities.

“Actionable threat intelligence coupled with our global ASOC network is a game changer that greatly enhances an organisation’s security posture. Once a threat is discovered, even on an endpoint, we can go in and kill it.”

Managed security service providers are battling for cyber security talent. Attracting talent is not easy nor is it cheap. Some, such as Singtel, are widening the services that they offer. Rather than be a pure play threat hunting solution, they are moving into areas such as incident response and forensics. This is good for customers. Both are areas where customers often pay too little attention. This means that attacks go on for longer than they should and evidence is often tainted before it comes to court.

Singtel has announced a number of other capabilities via Trustwave recently. Among these is the Trustwave SpiderLabs Fusion Centre. This is designed to be the nerve centre for managing its global network of ASOCs. What customers will want to see is a steady stream of new and updated solutions that will give them better protection.

The next Olympic Games are just two years away and will take place in Japan. Singtel will want to prove before then that it can deliver the levels of security that customers want. It will know that the region is coming under increasing attack from cyber criminals and state sponsored actors. If it can deliver the right skills and services from its ASOCs, it will hope to grab a significant piece of the cybersecurity budget for Japan 2020.