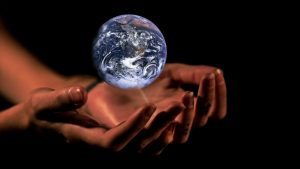 Salesforce has continued its announcements during September around its Green agenda. Its most recent was to reinforce its strategic corporate commitments to ensure a climate turning point by 2020. It also announced it will join with 20 other organisations to lead the Step up Declaration. Is Step Up Declaration included:

Supply chain targets: By 2025 Salesforce expects its supply chain to have set similar robust climate targets. This only looks back at its suppliers and it will no doubt expect both Google and Amazon to join the declaration in due course. One strategic partner, Workday, is already a member of the declaration.

Sustainable Real Estate: Salesforce will look to ensure that 65% of its global office space achieves Green Building certification. SalesForce Tower in San Francisco is already LEED Core and Shell Platinum Certified and on track to be the highest-rated LEED v4 Platinum (Commercial Interiors) project in the United States. Also it has committed, that after 2020 all new Salesforce Office interiors will align with LEED Platinum v4 standards. It will also aim for but has not committed to net Zero Carbon emission.

Transportation: It is expanding its net zero and carbon neutral cloud to include business travel and perhaps more significantly employee commuting. This is a bold step and one that many organisations will find hard to complete with. Its aim is to offset emissions by 2020.

Innovation: Salesforce also launched the Salesforce Impact fund in 2017 and will invest a further $10 million over the next three years in climate entrepreneurs and startups who build solutions on the Salesforce platform.

Water usage: There is no set target but Salesforce has committed to reduce its water usage across all operations. It recently signed on to the Improve Water Security pledge. Additionally, Salesforce Tower SF uses an innovative Blackwater recycling system, that will save up to 7.8 million gallons of water each year.

Advocacy: Salesforce will continue to advocate initiatives that help protect the global climate. One example of its sponsorship of the Global Climate Action Summit (GCAS) in San Francisco recently.

Salesforce also announced that it has joined Science Based Targets, an initiative by CDP, the UN Global Compact, the World Resources Institute and WWF. This organisation helps to raise awareness amongst corporates of climate changes and to help them set new targets.

Marc Benioff Chairman and co-CEO, Salesforce commented: “The spirit of innovation that has transformed our world during the Fourth Industrial Revolution must be harnessed to save our planet. Business is the greatest platform for change. All companies must step up on behalf of the environment.”

Partners, suppliers but not customers

Salesforce and Benioff continue to set new benchmarks for corporate social responsibility. However, this has not happened without some negative impact. Salesforce continues to be a business and businesses have customers. For some people its deal in March with the US Custom and Borders (CBP) has brought controversy. In June 650 employees wrote an open letter to Benioff protesting at the relationship. This is because CBP enforcement of President Trumps “zero tolerance” immigration policy that has led to children being separated from their parents.

Benioff himself, in an internal memo, declared that he was personally against the policy. He wrote (source Gizmodo/Bloomberg News) “I’m opposed to separating children from their families at the border. It is immoral. I have personally financially supported legal groups helping families at the border. I also wrote to the White House to encourage them to end this horrible situation.”

Further protests were planned for the GCAS event and it seems likely that there may be more protesters at Dreamforce next week. In its recent results announcement Benioff also called for the ethical and humane use of technology, that may be a direct response to the issue. Whether the new officer who will oversee the ethical and humane use of technology will have the power to stop a future Salesforce deal, with potential customers, was not made clear. It seems unlikely that they will have the power to do so and where does one draw the line. However, in making Salesforce and himself a champion for climate change and equality it is a question that Salesforce may face more frequently.

The other companies signing up to the declaration include: Akamai, Cisco, HP, Lyft, Uber, Wework and Workday. Salesforce continues to drive the climate control agenda strongly and its efforts in other areas such as diversity and equality, have also placed it on a pinnacle that others are keen to knock it off. It may mean that every deal will become scrutinised in future, both internally and externally. This would be a shame, on balance Salesforce has been a powerful force for such agendas. Even the CBP, while it carries out these duties is no doubt torn internally, by carrying out its lawful process and the moral arguments that might prevent it from doing so. There are no doubt employees that hope that the advocates of tolerance have an impact. The question of what the right policy should be is difficult and there is unlikely to be a perfect policy.