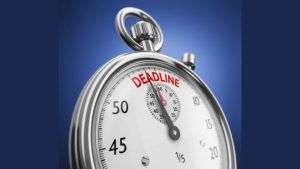 ConnectWise has announced two events that will climax at  IT Nation which starts on November 7th in Orlando. The deadlines for the two “competitions” entries are less than three weeks away. The deadline for the Pitch IT competition is . This has now been extended to October 15th.

For the Deal Crawl event, it is October 1st. The competition is one way in which Arnie Bellini, CEO ConnectWise is looking to strengthen and expand the partners ecosystem with the $10 million investment he announced last year at IT Nation. ConnectWise also recently announced a consolidation of its events under the IT Nation brand.

ConnectWise partners can win up to $100,000 with an idea to expand their business. Entrants need to complete a business plan in a structured. this does not appear too onerous. Entrant must be a partner in good standing and the initiatives available are prescribed to an extent to align with ConnectWise products. Pete Sorensen, Vice President of The IT Nation, ConnectWise commented: “The goal is to give an extra boost to ConnectWise partners who are truly committed to expanding their businesses, whether that is by adding new or enhanced products or services or by reinventing a team.”

Three finalists will pitch their ideas to a panel of industry experts during IT Nation. The winner will receive $100,000, with second and third receiving $50,000 and $25,000 respectively. More details are available on the Pitch IT page.

The second event is less a competition and more like speed dating. However, companies do need to apply by 1st October to access the event. Companies that want to grow through acquisition and business leaders looking to exit or sell the business for other reasons are the target.

Applicants apply either as a seller or buyer and need to sign an NDA as part of the process. The aim is to match up buyers and sellers so that they can have meaningful conversations during the Deal Crawl event. The ConnectWise intent is to bring together parties that may not be aware of each other and find a perfect match. Its value for ConnectWise is that a successful M&A strengthens its ecosystem. Additionally, it also eliminates the risk of an M&A taking a ConnectWise partner out of its ecosystem. There is no fee for applying, though there are fees to attend the IT Nation event.

ConnectWise matches all buyers and sellers against several criteria. This includes timeline, size, profitability. A successful match will see the two parties brought together on Thursday 8th November at a private event. Sorenson added: “The idea here is to set the scene for an initial conversation. There is no fee to participate, and ConnectWise will not participate in any of the initial or follow-up conversations. Our goal is simply to spark a relationship that hopefully leads to a successful deal.” More information is available on the M&A Deal Crawl page.

Sorenson commented: “Because we see too many M&A failures, we wanted to find a way to help our partners be better prepared for all that goes into these transactions. The M&A marketplace is very active today, and the time is ripe for partners who want to take advantage of the opportunities. The M&A Deal Crawl and the M&A sessions are designed to do just that.”

IT Nation will also hold eight supporting sessions around M&A activity. This includes several for companies looking to buy and sell and a few around the process itself. The latter is where many M&A failures occur.

With IT Nation not due to start until November many will barely note the deadlines that are rapidly approaching. The two “competitions” demonstrate the innovative way in which ConnectWise deals with its ecosystem and the partners within it.

Pete Sorensen, Vice President of The IT Nation, ConnectWise commented: “One of our company’s core values is to obsess with partner success, and these two new initiatives reinforce this promise. We are committed to supporting our partners’ business goals, whether this means expanding their current operations by adding new services or better equipping them to make decisions in today’s robust M&A marketplace.”

It isn’t clear whether the M&A Deal crawl is open to non-partners. There is the likelihood that some private equity companies and investors who might be interested in participating. It would probably open up new opportunities for them that they hadn’t considered before. Enterprise Times has asked ConnectWise to clarify who can apply.