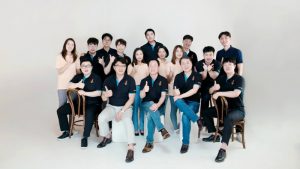 FunkeyPay uses blockchain technology and applies it to Social Network Services (SNS). FunkeyPay aims to link SNS and direct commerce with a blockchain model that incorporates payment and P2P marketing. It willsatisfy an emerging demand which is quite different from traditional business models.

FunkeyPay’s CEO Dr. Jung Jong Ki states, “SNS as a service market is already in full swing, but as a commercial transaction market, it is in early stages and will grow rapidly in the future. And Facebook will most likely be the first to gain control of the market.”

The driver: the Internet shopping mall

The emergence of the ‘Internet shopping mall’ has become so widespread that in many instances this term broadly equates to “shopping mall”. In turn this is driving a different form of economic growth, which creates new synergies and an expansion of business communication through social network services. An example is a service which enables people who want to sell on various platforms to trade direct with people who want to buy.

With people’s increasing reliance on Social Network Services growing (beyond the reach of the Internet chats and e-mails of the past), there is an emerging need to link transactions to SNS. This has become the challenge which FunkeyPay seeks to solve.

Despite the provision of many new services, SNS has always faced limitations – the difficulty of applying payment in the real world. In its vision, FunkeyPay will become a link between the virtual (SNS) and real worlds. It hopes to move beyond existing attempts (for example some virtual conferencing systems or using payment systems such as PayPal).

The company’s objective is to connect payment systems through its payment platform technology which it has designed to reach the limitations of existing systems.

The basic principle of blockchain is to manage small blocks of data through a Peer to Peer chain network, which includes the record storage method. With data stored in this P2P format, it is possible to prevent forgery or alteration of data. Blockchain frees FunkeyPay from dependence on centralized systems for verification and assurance, thereby delivering decentralization. Its platform then combines P2P marketing with payment.

FunkeyPay believes this is a first for the >3 billion users of Facebook and Instagram worldwide. It says that it can provide services to customers using P2P marketing tools, namely those developed by TicketSocket USA. TicketSocket P2P provides the marketing and advertising tools which reduce costs.

For the consumer, the benefit is the ability to purchase and pay for the products anytime, anywhere. The mechanism is the FunkeyPay coin (FNK). (FunkeyPay plans to offer coin services by selling 30% of 20 billion ERC20-based FNK issued in POS format. These will be tradable and usable for application on its platform. Additional purchases will be possible using BitCoin or ETH.)

The key, to FunkeyPay, is its service, coming via SNS, which is an already-existing ecosystem. FunkeyPay is, therefore, immediately applicable and utilisable, without the need to pay high upfront costs to create a relevant ecosystem.

Dr. Walter Tonetto, Vice President of the Philippine-based Global Blockchain Application Research Foundation (GBARF) has commented: “When I think about this from the perspective of API, FunkeyPay has a different, unique open API with TicketSocket Korea. It gives easy access to other applications and the ability to purchase things. The blockchain technology of FunkeyPay and the API composition of TicketSocket are very special.”

In an evaluation of FunkeyPay, David DH Kim, a business developer and Director of DAO Consulting said: “Among those who have come to me for business proposals were companies with skills that were really difficult to refuse. However, in the end, we had to turn them down for reasons that their outstanding technology was still difficult to be used and commercialized right away. In fact, in this respect, FunkeyPay, (which) already has an ecosystem called SNS, has a really attractive business advantage.”

FunkeyPay is a global cryptocurrency payment platform service based on Social Network Services. It integrates payment and P2P marketing via blockchain technology by integrating payment and SNS API technologies. This is original with the attraction that it exploits an ecosystem that is the billions who already use social media, like Facebook and Instagram.

The corollary is Funkeypay bases its function on an ICO model, with its Funkeypay coin. As readers of Enterprise Times (ET) will know, ET retains suspicions about ICOs and related coins. There is too little supervision or regulation, and the digital currency market travails of September 2018 do not help.

The attraction of FunkeyPay is an alternative business model which applies blockchain-based payments to SNS. The weakness is the ICO-dimension. That does not make the opportunity irrelevant. Is does suggest that some form of conventional exchange of value applied to SNS in a friendly way is waiting to appear.