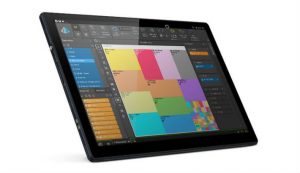 Pyramid Analytics has announced its latest release, Pyramid 2018.04. The new version is rich with new features and that will assist organisations to uncover insights from their data. It includes an update to the Pyramid 2018 Tablet app for both iOS and Android.

Note that this is not the same as the Pyramid Analytics “BI Office” that has not had an update for a year. The Tablet apps are not available for use on smartphones.

Pyramid Analytics has also improved functionality in several other areas:

There are over 100 updates in this latest release that sees the software mature further. The new version also fixed a large number of issues, full details of which are here.

Omri Kohl, co-founder and CEO of Pyramid Analytics commented: “Organizations succeed when they are able to standardize and share insights and information across the entire enterprise. Many of today’s mega vendors still rely on outdated technology that fails to meet end-user needs or they focus too much on end users at the expense of organizational needs.

“Pyramid 2018 enables our customers to conduct enterprise-grade, self-service analytics. Now with the release of Pyramid 2018.04 and the Pyramid 2018 Tablet app — along with AWS and Azure support — enterprise data analytics is easier and more collaborative than ever before.”

Confused on which release?

This announcement was listed on the Pyramid Analytics news feeds on 30th August. However on 28th August it also posted a blog about the details about its 2018.03 release. One might have expected a blog to have been published about the latest release rather than a historic one from April this year.

Pyramid Analytics has continued to develop its software and this latest release includes an impressive number of new features and issue resolutions. What it does not includes is a major improvement, though this may come in a major release either later this year or in 2019.

The new language support will help Pyramid attack some new regions but with offices in Netherlands, UL, USA and Israel it may struggle without more local presence. It may announce international expansion, but that is expensive and it currently has no employees listed on LinkedIn outside its core offices.