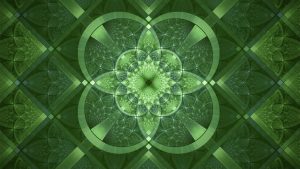 BrightHR has announced that it has launched in Ireland. With an office in Dublin it is bringing its solution to the SMB sector in the country. BrightHR launched in 2015 in the UK and now has offices in UK, Canada and Eire. It is used by more than 11, 000 businesses and 120,000 people.

BrightHR is an HR app designed for small businesses. Its focus is on managing staff absence, both scheduled and unscheduled. Its key features include:

This focus on employee presence is important in small businesses that find the task of tracking employee absences onerous or virtually impossible due to the volume of paper involved. The Clocking In app is available to all staff. It allows them to clock on when they start their shift and to clock off when they complete it, all from their mobile phone. The app also supports holiday requests, further cutting down on paperwork and administration time.

BrightHR is a subsidiary of the Peninsula Group and the software application is following in its parents company’s footsteps. The Peninsula Group, founded in 1983 offers professional services to small businesses across the UK, Canada, Eire and Australia. It specialises in employment law and HR services.

Peninsula Group already has a presence in Eire and BrightHR is taking advantage of that. Ireland is also a substantial market. A recent article in the Irish Times identified that SME’s contribute almost half the revenues in Ireland and make up 99% of all enterprises in the country. Micro enterprises of less than 10 people make up 92.2% of all businesses in the country.

According to a government fact sheet there were 250,143 SME in Eire in 2015 employing nearly a million people. While the average contribution to the economy is below the EU average, it is growing in importance.

Mobile phone usage in Eire is also growing steadily. Statista estimates that in 2019 there will be 3.74 million phones in use out of a population of approximately 4.75 million. Usage is growing steadily from an estimated 62% of the population in 2015 up to 85% in 2022. This rise in usage also makes it an attractive market for a mobile ready application such as BrightHR.

What this announcement lacks is detail on how the software is localised for Eire. It will also find competition there in the form of Advance systems and others.

From a standing start BrightHR is expanding rapidly.  While it is not the only HR solution targeted at the SME market it is expanding internationally faster than others. It also has plans to expand into Australia where Peninsula already has a presence. Is that the limit of its ambitions for the moment?

Peninsula has not attacked the US market yet. It is a huge market and fiercely competitive. Also the limited functionality of the application may not fare so well against some most established US software companies. It has however promised to launch in Australia in the near future where Peninsula already has an office in Sydney.