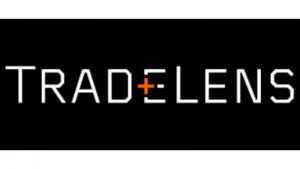 A.P. Moller – Maersk (Maersk) and IBM have announced the creation of TradeLens, a joint development by the two companies. This applies blockchain to global supply chains. Perhaps most significantly, TradeLens has some 94 organizations* either actively involved or agreeing to participate.

Since announcing the intention to digitise global trade in January 2018, and based on feedback from various members of the global supply chain ecosystem, Maersk and IBM modified the go-to-market model for TradeLens. It will now deliver a solution through an extension of pre-existing collaboration agreements, instead of via a joint venture. Furthermore the TradeLens solution is available today through the Early Adopter Program while its progenitors expected it to be fully commercially available by the end of 2018.

Maersk and IBM have built the TradeLens platform on open standards. TradeLens is the fruit of a long term collaboration between the two companies and is a blockchain-enabled shipping solution designed to:

As part of the TradeLens early adopter program, IBM and Maersk also announced involved or future participation by:

“TradeLens uses blockchain technology to create an industry standard for the secure digitization and transmission of supply chain documents around the world,” commented Peter Levesque, CEO of Modern Terminals.

“This initiative will generate tremendous savings for our industry over time while enhancing global supply chain security. Modern Terminals is pleased to participate as a Network Member in testing this exciting shipping industry innovation.”

TradeLens technology and practical base

“As a global logistics provider, CEVA sees a unique opportunity in TradeLens, joining forces with IBM, Maersk and other actors from our industry to promote global standards around an open and neutral solution, delivering on the promise of blockchain. It is an important step in our relentless journey to deliver increased value to all our customers and making business flow,” said Christophe Cachat, CIO of CEVA Logistics.

During a 12-month trial, Maersk and IBM worked with dozens of ecosystem partners to identify opportunities to reduce (and even prevent) delays caused by:

One example demonstrated how TradeLens can cut the transit time of a shipment of packaging materials to a production line in the United States by 40%. This avoided thousands of dollars in cost.

Through better visibility and more efficient means of communicating, some supply chain participants believe they may be able to reduce the steps taken to answer basic operational questions – such as ‘where is my container?’:

Already the TradeLens platform has captured more than 154 million shipping events. These include:

“We believe blockchain can play an important role in digitizing global shipping, an area of the global economy that moves four trillion dollars of goods every year. However, success with the technology rests on a single factor –bringing the entire ecosystem together around a common approach that benefits all participants equally,” said Bridget van Kralingen, senior vice president, IBM Global Industries, Solutions and Blockchain.

“Our work with Maersk and other enterprises in the shipping ecosystem has shown that blockchain can be used to form a strong, connected network in which all members gain by sharing important data and that together we can transform a vital part of how global trade is conducted.”

According to Maersk and IBM this data is growing at a rate of close to one million events per day. While some of this is shareable via EDI systems, the latter frequently differ in implementation – inhibiting sharing. Too much in the supply chain industry is inflexible, complex and unable to share data in real-time. Too often, companies must share via email attachment, fax and courier. Instead TradeLens can track critical data about every shipment in a supply chain, and offers an immutable record among all parties involved.

Even more important is a commitment to open standards discussions. These are underway with openshipping.org. The intention is to align the TradeLens APIs with UN/CEFACT standards so that TradeLens APIs are open and available for developer access and feedback from participants in the platform.

Enterprise Times has argued in the past that successful early blockchain implementations will satisfy at least three of the following criteria:

Supply chains fit these. TradeLens appears to do the same.