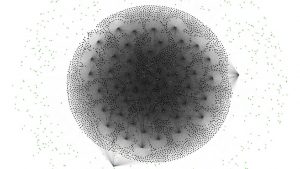 There is considerable attention on the problem of fake social media accounts. These accounts are enrolled into botnets that are used to push fake news and malware. They are also used by celebrities, politicians and social media influencers to make them appear more important.

Jordan Wright and Olabode Anise of Duo Security have spent three months analysing 88 million public Twitter accounts and over half-a-billion tweets. They presented their analysis of the problem at Black Hat in Las Vegas last week. Their paper, Don’t @ Me is now available from the Duo Security website.

According to Wright: “Malicious bot detection and prevention is a cat-and-mouse game. We anticipate that enlisting the help of the research community will enable discovery of new and improving techniques for tracking bots. However, this is a more complex problem than many realize, and as our paper shows, there is still work to be done.”

What did the research uncover?

The main focus of the research was how to improve the detection of Twitter bots. To do this Wright and Anise had to build their own dataset against which to run tools. They have provided a link to the tools and scripts that they used on GitHub along with instructions on how to use.

As part of the research they discovered:

The scam uncovered by Duo Security is similar. A spoofed account was created for a legitimate cryptocurrency account. It used the same profile name and details of that account but a slightly different name. The bot then replied to a real tweet by the legitimate account. That tweet would contain a link to a cryptocurrency giveaway.

Those following the links would get infected with malware and redirected to sites that would harvest their data. This is done by asking them to create an account on the site or for the details of a crypto wallet. The attackers would then use that data to defraud the victim.

Wright and Anise discovered more than 2,600 bots spreading similar links. The bots were connected at two separate networks. Enumerating them uncovered a larger botnet as part of the scam.

This type of attack over social media is not new. Back in December 2017, Oprah Winfrey warned her followers of a social media scam running on Instagram. It asked people to sign up for an OWN account on Instagram. It said by signing up and providing bank details, Winfrey would give some lucky winners a Christmas surprise.

There are some significant points of interest here for social media marketing teams who want to avoid being seen as bots.

Some of the changes that Twitter has already made is hitting social marketing teams. A company with multiple legitimate Twitter accounts cannot have identical tweets sent out across its accounts. Instead it needs to send from one account and then retweet from the others. This is forcing social media teams into behaviour that starts to look remarkably like the three-tiered structure above.

There is a need for Twitter to do a better job of engaging with these social marketing teams inside both large and small organisations. If it doesn’t, then the workarounds that are available on the Internet will make some of them look like mini scam bots.

Since the last US election, the UK Brexit vote and several other national elections, that attention has ratcheted up. Facebook, LinkedIn and Twitter have all made announcements about the number of fake accounts in their networks. The companies have promised to remove those accounts. Twitter has doe the most to rectify the problem. It has removed over 70 million accounts in the last three months and continues to do so.

Removing accounts has had other impacts on both Facebook and Twitter. Both have reported a loss of legitimate accounts recently. Facebook lost 3 million accounts as a result of the Cambridge Analytica scandal. The result was a loss of nearly $120 million in a single day. The following day Twitter reported the loss of 1 million accounts in July. That led to over $6 billion being wiped off its share price.

For both companies, the financial impact is something they can survive. What they cannot survive is the risk of greater regulator impact on their businesses. As Duo Security has shown, cybercriminals are getting smarter in how they use bots. They are programmed to act like legitimate users. The risk is that in chasing the bots, legitimate users will get caught in the crossfire. This will not help the already soiled reputation of the social media giants.

The question for the social media companies is “can you really police yourselves?” Both Facebook and Twitter are trying to convince us they can handle this. The security community is not convinced.