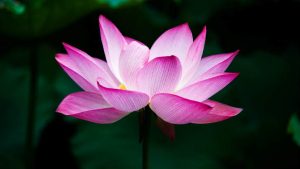 Ramco has announced a solid quarter of growth in revenues and profit that was hindered again by foreign currency exchange rates. Revenue for the quarter was up 11% year on year to USD 19.33 (Rs 127.7 cr) million. While the net profit stood at USD 1.02 million (Rs.6.7 cr) million, up from the previous quarter of USD 0.66 (RS 4.2 cr) million.

However, currency exchange losses for the current quarter were USD 4.32 million. This meant a total comprehensive income of USD (3.30) million down from the previous quarter. The key metric here is the operational profit which is up.

Ramco is becoming more international with 77% of revenues outside India. Its most successful overseas market is the Philippines though Ramco is hopeful that Indonesia will also emerge in the near future. The impact of exchange rates should be tempered by hedging with derivatives, or locking exchange rates into forward contracts. Did Ramco do this? If so it was not successful.

Ramco trumpeted six ‘million-dollar-plus’ deals that were added in the quarter. These may not even hit the operational revenues yet but promise further growth. Those bookings were predominantly in Logistics, Aviation and ERP. In Australia, the launch of Single Touch Payroll functionality for its payroll solution may see it win more clients in the region.

Key wins in the region included HAECI ITM selecting Ramco Aviation Suite. It also won a contract from a leading defense contractor, though which one and even in which country was not announced.

P R Venketrama Raja, Chairman, Ramco Systems, commented: “Beating the traditional trend of a muted Q1, we have maintained a healthy start to business this year. With focus markets and offerings delivering as expected, the future looks promising. Our thrust on Innovation by delivering a frictionless experience through voice bots on Google Assistant and Alexa has caught the market’s attention. The strategy we embarked upon has been working well for us and we will continue to press on the same.”

In an investor update Ramco recently announced that its unexecuted order book was up to USD 153 million. This is an increase of 32% in FY18. With revenues for the last full year hitting USD 74.66 million one might expect that to climb again. It was not clear though what the forecasted revenues will be for the current year.

While it is successful in Asia, the US and European markets are not progressing as fast. There are intermittent wins, especially in the MRO space. However, they will need to do more or face stronger competition from Oracle NetSuite and SAP as well as IFS in the MRO market.