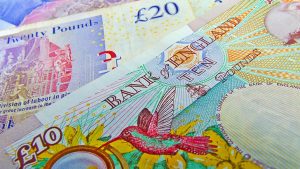 The Office of Tax Simplification (OTS) has reported on how PAYE for gig workers could be simplified. The report, entitled Platforms, the Platform economy and Tax Simplification runs to just 20-pages. It proposes that the platforms used by gig workers could withhold PAYE. The money would be paid directly to HMRC. This would reduce the number of people submitting a self-assessment tax return. It is also aimed at making the “user experience” of dealing with HMRC much easier.

For anyone with experience of working with HMRC this sounds like a good idea. HMRC has been slashing jobs and closing offices. In May it was reported that that 10% of all calls to HMRC went unanswered due to staff shortages. One of the groups suffering the most from the lack of response is the self-employed.

The UK has seen the number of people registering as self-employed rise from 3.3 million to 4.8 million in 16 years. It now represents 15.1% of the workforce with the majority being 16-24 or over 56. There is concern that this rise will have an impact on tax revenues. This ranges from unpaid and under-reported tax to outright fraud.

HMRC has launched Making Tax Digital (MTD). The goal is to have all interaction between HMRC and its customers (businesses and individuals) carried out digital systems. This proposal fits neatly into that process by taking advantage of the digital platforms such as Uber and Deliveroo that gig workers are using.

This suggested level of integration is in line with MTD. As a worker completes a task and is paid, the system will calculate their earnings, tax and National Insurance. It will then remit the relevant amounts to HMRC and the worker. The problem is that you cannot simply automate this process at the point of payment. Such an approach would not allow a self-employed worker to make deductions for allowable expenses.

One reason that HMRC is keen to see platforms play a part is to reduce tax loss. HMRC estimates that self-employed people account for £5 billion of the £7 billion in uncollected tax for those who self-assess for income tax. If platforms were to collect money at source, even if they over collected, then HMRC would meet a significant goal in tax collection.

That over collection problem is addressed by the report. It accepts that there could be problems with people working across multiple platforms. This is likely to lead to many being on emergency tax codes and not being able to claim allowable expenses. To solve the first problem it believes that HMRC would be able to collate and account for any rebates. These would be paid at the end of the year by HMRC. But that would not allow for allowable expenses and the costs there. Gig workers would still have to file a self-employed tax return.

The complex relationship between platform and individual

There is also the question of privacy. A gig worker does not and should not have to disclose to platforms if they are also earning through other platforms. HMRC would have to be certain it can protect the privacy of each individual. Given the amount of integration, this is a non-trivial task.

Over the last 18 months trade unions and others have been challenging platforms over employment rights. Some platforms do little more than act as a match making service and take a fee.

Others are more intrusive. They use ratings to determine how good an individual is and if they get work through the platform. The legal case is that in doing so the platform acts as an employer. This level of control has opened the door for legal challenges over employment status and therefore employment benefits such as:

Status also impacts what an individual has to pay in National Insurance (NI). Self-employed workers pay a low level of NI. In addition, the employer also pays NI. This lower rate has an impact on the money taken by HMRC. In 2017/8 it represents a shortfall of £4.1 billion towards pension entitlements. By taking this money via the platform, HMRC will be hoping to reduce that shortfall by ensuring that there is no fraud.

The OTS points to the construction industry as a working example of a platform approach. Self-employed construction workers can participate in the Construction Industry Scheme (CIS). This deducts tax due from a subcontractor and pays it direct to HMRC. Tax refunds are dealt with at the end of the year in the normal way.

What this doesn’t address is the problem of allowable expenses. Enterprise Times talked to several self-employed builders about CIS. All said that they wouldn’t use it as it didn’t save them much in the way of time. There was also significant distrust over the length of time it takes to complete accounts and get refunds.

How does OTS think a scheme would work?

On pages 8 and 9 of the report the OTS states:

Perhaps a structure for platform workers who wish for their tax to be withheld monthly (or weekly) by the platform themselves could be considered along the following lines:

The OTS also believes that the self-employed should buy cheap accounting packages as they work out cheaper than using an accountant. The problem is that accounting packages do not understand allowances and what is claimable. This could lead to the self-employed not claiming all that they are allowed or claiming for things that are not permissible.

The Association of Independent Professionals and the Self-Employed (IPSE) has issued its own response to the OTS document.

IPSE’s Deputy Policy Director, Andy Chamberlain, comments: “The OTS report rightly points out the majority of platform workers are satisfied with their income, and value the flexibility this way of working offers.

“Unlike most businesses, the self-employed don’t have access to departments to help them sort out taxation affairs, so IPSE openly welcomes discussions about simplifying the process of collecting taxes.

“However this proposal to make the taxation of certain self-employed individuals more closely mirror that of employees will have a number of untended consequences.

“The problem is the two are entirely separate and any attempt to treat them in the same or similar way for tax is likely to create significant problems, particularly for self-employed individuals.

“The self-employed could be left out of pocket because it isn’t clear how legitimate business expenses will be accounted for under such a system, or whether there will a mechanism to account for their more volatile incomes.

“The courts have also said that autonomy and control are defining features of self-employment, so this proposal could add further confusion to the already vexed issue of employment status.

“There is also a real risk that this proposal would increase administration costs for online platforms which operate in competitive marketplaces. These costs would either have to be passed on to consumers, or absorbed by the platforms which risks reducing the opportunities for the self-employed.”

HMRC has a distrust of the self-employed. Last year it said that: “60% of self-employed under-report income to HMRC.” It regularly warns residents near major sporting events about the need to report income. For example, during Wimbledon fortnight, residents rent out rooms, driveways for parking and sell water and food at the front of their house. Some of this is reportable income that HMRC believes it loses tax revenue on.

HMRC is also cracking down on what it sees as fraud, both intentional and unintentional by SMEs. This ranges from using company resources for personal use to deliberately using cash payments to hide income. It would like to recover the £5 billion it believes is lost each year and HMRC is likely to see this OTS report as favourable.

Technology does hold a lot of possible solutions but not all of them. Accounting software can save time but is not always a perfect solution. Cheap solutions often leave out features that cost businesses money. They also put the onus back on the business owner to get it right. The OTS accepts that overpayments are possible but the approach of repayments at the end of the financial year means HMRC gets a free loan from the self-employed.

There is also the question of platforms, system integration and cost. Who will bear the cost of integration? Who will be responsible for the cyber security of the system to prevent fraud?

This report from the OTS is designed to provoke discussion. It will certainly do that.