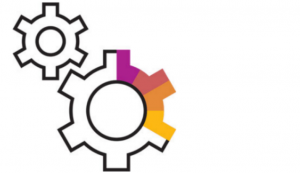 SAP’s reach has extended with announcements of new products and partnerships to assist enterprises “become more intelligent”. It has expanded its capabilities with advanced technologies such as conversational artificial intelligence (AI), blockchain and analytics.

SAP also announced its SAP Cloud Platform is available on all major cloud infrastructure providers. It claims this lives up to its promise to be the agnostic cloud platform to better serve customers.

The additions are briefly described under the following headings:

SAP Leonardo; since its launch, SAP has embedded cutting-edge technologies in SAP Leonardo. This enables customers to add these into their processes to improve workflows. For example:

SAP has also launched the SAP Leonardo Partner Medallion Initiative. This is an SAP partner service which doubles the number of SAP Leonardo embedded industry solutions.

SAP joins the BaaS (Blockchain-as-a-Service) club, along with Amazon, IBM, Microsoft, Oracle and others. SAP Cloud Platform Blockchain offers such a BaaS capability. It enables enterprises to build and extend business solutions with technologies such as Hyperledger Fabric and MultiChain.

Some 650+ companies participate in a SAP blockchain co-innovation initiative. This aims to aid customers use manufacturing and supply-chain products augmented by blockchain to enhance transparency safety and collaboration in industries such as:

For example, SAP describes how, to assure quality, U.S. sausage maker Johnsonville LLC uses blockchain to trace the origin of products across the supply chain.

To expand and accelerate global adoption and best practices of blockchain in the transportation industry, SAP has started a global blockchain consortium with seven founding members. These include:

SAP continues to expand and enhance its multicloud strategy with the general availability of SAP Cloud Platform on Google Cloud Platform and Microsoft Azure. With these additions, along with Amazon Web Services (AWS), SAP Cloud Platform is now available on all major hyperscale cloud infrastructure providers.

SAP intends to release SAP Cloud Platform, private edition, on IBM Cloud as a private cloud deployment. Clients in highly regulated industries –  such as banking, healthcare and transportation – as well as those managing sensitive data will have the flexibility, speed and agility to innovate without risking security and control.

SAP is a market leader in enterprise application software. Enterprise customers recognise its reach – from back office to warehouse to storefront to board room and more.

The myriad of announcements above represent logical steps. For some, SAP is a leader. In others, for example, SAP Cloud Platform Blockchain, SAP follows belatedly.

Nevertheless, what is common to all the above initiatives is the desire to make it easier for customers to deploy SAP ‘inventions’ as services. Whether cloud, blockchain, intelligent chatbots or AI, all are becoming accessible rather than remain hidden away for the ‘hypertechs’ to salivate over. SAP’s reach extends.