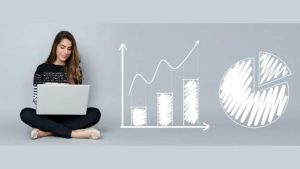 For a long time employers have been juggling incentivizing staff, retaining them whilst keeping bonus sums and salary costs to an affordable sum. One way to juggle this was the Enterprise Management Incentive (“EMI”). However, these may come to an end.

EMI is an employee share option scheme, approved by HMRC. It allows employers to grant share options in that business (worth up to £250,000) to employees as a reward for their efforts within the business. It was introduced by the Finance Act 2000. Although conditions apply as to which employers and employees are eligible, it is highly advantageous from a tax perspective. Recent changes have made it even more beneficial.

How does the tax work?

An EMI scheme is thought to be the most beneficial tax structure for employees of a company. The general rule is that if an employer grants an employee shares, employees will be charged on the market value of the shares or options through Income Tax and National Insurance Contributions (NICs) will apply. However, under an EMI approved scheme, no income tax or NICs will apply, provided that the exercise price is set at the same or a higher price than the agreed market value of shares on the date that the option is granted, and the date of exercise is no more than ten years after the option grant date.

The only costs that employees will need to be aware of are set up costs and the requirement to pay capital gains tax (CGT) when the shares are eventually sold, which will only be 10% over the exercise price (the increase in value over what they pay for the shares).

How else do they benefit?

Another benefit is thought to be that if the value of the company increases over time, the employee could make a significant profit when they sell their shares, which make options very useful for companies that want to incentivise key employees. This is an attractive concept for employees as they are offered the chance to benefit from the company’s growth, by having a tangible interest in the company’s ownership alongside other stakeholders and owners. It can also help employees feel more aligned with the interests of the company as all stakeholders will be motivated in working towards increasing shareholder value.

There are several conditions that must be met by a company wishing to operate an EMI scheme these include that:

There are also several requirements for employees to qualify as participants in an EMI scheme which include that:

To set up an EMI scheme you should:

April 2018 onwards can these schemes still be offered?

Unfortunately, the EMI scheme is currently ‘up in the air’ whilst re-approval is quickly sought from the EU.    Notice was given by the Government on 4 April 2018 that there had been a lapse of EU State Aid approval on 6 April 2018 for the EMI scheme. This means that there is now a period of uncertainty for UK businesses wishing to implement an EMI scheme.

Those who have granted EMI scheme options before 6 April 2018 are unaffected, as the tax advantages are still applicable and remain unchanged.  However, those who are considering setting up an EMI scheme or are currently in the process of doing so may wish to delay granting employees share options until the approval has been given, clarifying the position of EMI schemes in case the tax advantages offered by the scheme are not re-approved under EU state aid rules.

With Brexit looming some are concerned about how long it will take for this generous regime to be back in business.  HM Revenue & Customs (HMRC) have however, indicated that they are working to ensure that the period between the lapse of existing approval on 6 April 2018 and a decision by the EU Commission on a fresh approval will be as short as possible and have only said that further updates will be given in due course.

It is therefore advisable that companies should hold off any decisions to grant new options or set up an EMI scheme, in order to ensure that tax advantages attached to the scheme are preserved, something which only the fresh approval will shed light on.