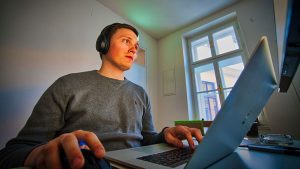 One of the big announcements in Boston was Alibaba becoming the third cloud provider to become a gold member of Cloud Foundry in China. They have also made it possible for Cloud Foundry users to deploy straight onto their cloud. In December, Alibaba became a platinum sponsor of the CNCF. ET asked Kearns what was behind the growth in cloud in China.

Kearns told us China was an interesting place. Cloud is one of the top five priorities for the country as a whole. Digital transformation is also part of the growth rate. China is behind the US and Europe but is determined to catch up. This is going to present a real challenge for other countries where digital transformation is being driven by different industries rather than as part of a national economic and technology plan

Kearns went on to talk about the growth of containers, cloud native applications and architectures as well as the growth and demand for multi-cloud.

To hear what else Kearns had to say listen to the podcast.

News of the week beginning 18th May

The future of Business Value Engineering with thanks to COVID-19