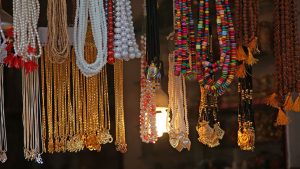 SoftBank, the Japanese conglomerate, is poised to sell its stake in India’s Flipkart to Walmart for US$4.5 Billion. The deal looked done weeks ago when many of the other investors in Flipkart agreed to sell to the US retail giant. SoftBank, however, held out for more money and appears to have got its way.

SoftBank invested over $2.5 billion in Flipkart last year. Selling that stake so soon will surprise the company’s shareholders. It will also get the attention of the Indian tax authorities. If SoftBank wants to avoid losing most of the profit to tax it needs to hold on to that stake for at least another six months.

A mixed start to the year for SoftBank

It’s been a strange year so far for SoftBank. It has bought a 15% stake in Uber for $48 billion. It has announced a plan to raise $5 billion through a bond issue at technology company ARM. The company is also pouring more money into its Vison Fund as it takes on KKK and Blackstone to be the largest tech investor.

But not everything has gone to plan. The company has poured very large sums into its US mobile arm, Sprint. The on-off merger with T-Mobile seems to be back on but this time, not with Sprint in control. In fact, the details emerging about the deal as reported by CNN are not good news for Masayoshi Son,Chairman and CEO of SBG. Sprint will end up with just 27% of the merged company and will lose control of the board and voting rights.

This offer from Walmart for Flipkart, therefore, is good news.

The obvious reason is profit. Getting a return of $2 billion on a $2.5 billion investment inside a year is spectacular business in anyone’s book. It also means that SoftBank can free up cash to spend elsewhere. But could it have achieved more?

Walmart and Amazon both want Flipkart in order to get into the Indian online retailing market. India has relaxed foreign ownership of retailers and that has brought several players into the market. Walmart wants to diversify away from just physical stores. To achieve this it has been buying into online retailers around the world. With over 100 million registered users and more than 8 million shipments per month, Flipkart will help Walmart expand quickly inside India.

Amazon also wants Flipkart for its users and sales. It has spent the last couple of years battling with Flipkart for supremacy in the market. Unlike in other markets, Amazon has not been able to dominate its regional rival. As a result it seems to have taken the approach of ‘If you cannot beat them, buy them.’

Flipkart, it seems, has its own ideas. It didn’t want to be absorbed into Amazon and with a lot of large investors willing to hold out, it avoided that fate. It has, however, had to accept being bought by Walmart. But this is not bad news. Before the bidding war it had raised around $7.3 billion (source: Crunchbase) over several funding rounds. This bidding war has effectively doubled its value.

What will SoftBank do with the money?

Some investors would like to see the money go into reducing debt. Bloomberg reports that the company is sitting on $130 billion of interest-bearing debt. In FY2016 it raised $16.8 billion through, part of which came from the sale of shares in Supercell. It also returned money to shareholders by repurchasing ¥500 billion in shares. The annual accounts for 2017 also show a clear plan to reduce the debt ration from 4.2 times. This peaked as a result of the ARM purchase and should now continue to drop.

The most obvious move is reinvesting it back into India. It has a booming tech industry and is attracting money from a lot of overseas investors. A reinvestment would allow it to negotiate with the tax authorities by showing the money was staying in India.

It could also add the money to its Vision Fund and look for stakes in AI, autonomous vehicles, 5G and other emerging technologies. All of these are areas where it would expect to see a quick return on investment. It has already announced plans to expand the Vision Fund by up to $28 billion. Taking this $4.5 billion would show it is fully committed to that goal.

Selling its stake in Flipkart makes sense for SoftBank. It is not an online retailer and it can use the money elsewhere such as investing it back into India. It also achieved a premium from Walmart for its stake. The only downside is the potential tax liability.

The deal also comes at a good time to distract attention from the Sprint-T-Mobile USA merger. There is no question that ending up as a junior partner will grate. However, Son is a very smart dealmaker. While he appears to have lost control of the board, it will be interesting to see what he does next. This deal is far from over in terms of regulatory oversight which means it could yet fall through.

The crown jewel, outside of its other mobile operations, is the Vision Fund. If the $4.5 billion finds its way there it could herald yet another major purchase.