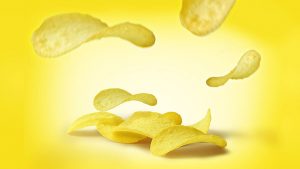 Infor has announced that Intersnack is to deploy its CloudSuite software across Europe. It follows an extensive selection process that saw Infor defeat its rivals.

This deal will see the entire Intersnack European operation to go live on Infor CloudSuite Food & Beverage and 18 other Infor solutions once the project is complete.

No timescale for the project was given. The deal is significant in size, “multi-million” according to the press release. It is also in the backyard of SAP and a huge win for Infor in the manufacturing sector.

Intersnack is better known through its product brands such as: McCoy’s, Hula Hoops, Soletti, Funny-frisch, Felix and Taffel. Headquartered in Dusseldorf, Germany it has 11 different management groups.

Intersnack has previously used 17 disparate ERP systems. The news of this deal will come as a blow to Oracle in the UK. Historically each of the Intersnack countries has selected its own software. In June 2013 KP, a division of Intersnack, completed the implementation of J D Edwards EnterpriseOne version 9.1 to replace SAP.

Previously Aptean appeared to be the vendor of choice. Intersnack implemented Factory MES across its European operations. While Intersnack may not replace that system, it will almost certainly replace the Aptean Ross ERP solution that is also uses. Infor will integrate with Factory MES using Infor ION which now forms part of Infor OS. There are no doubt other applications across Intersnack that Infor will need to integrate to as well.

Intersnack has realised that it needed to modernise its software architecture. It could no longer allow the individual operations to have their own IT solutions. This may have been part of a deliberate strategy enacted over the last few years. Intersnack has already consolidated ERP systems in some regions. The lessons learnt from those implementations will almost certainly feed into this project.

Infor won the deal on the back of several criteria. The leadership team impressed Intersnack with their vision for digital transformation. Key to this was the Hook&Loop design team and the recently announced Coleman AI.

Stephan Scholl, President, Infor commented: “Having been selected by Intersnack on the basis of being uniquely positioned to offer the entire application portfolio via the cloud, as well as great synergies between our companies, we are looking forward to expanding our relationship further. With our digital transformation team at H&L Digital and AI capabilities via Infor Coleman, we are already in discussions about how to take this deployment to the next stage, providing Intersnack with a framework to drive innovation and carve out new markets.”

The maturity of Infor CloudSuite Food & Beverage also made an impact. Recent wins at Fullers in the UK and Plantasjen in the Nordics will have helped Intersnack make its decision. Maarten Leerdam, CEO, Intersnack commented: “As a market leader in the snack industry, we need to demonstrate best practice in order to support our goal of long term value creation, and technology has quickly become a crucial pillar in achieving this. In selecting a partner to support our digital transformation journey,

“Infor was a clear winner.  As well as the breadth and depth of capability within its applications, and ability to deliver everything within our tender and more via the Cloud, its vision and leadership in areas such as digital transformation via H&L Digital, and Artificial Intelligence was hugely impressive.  We look forward to exploring new technologies further in our quest to innovate and establish a strong footing for our next generation of growth.”

This is a significant win for Infor in the manufacturing sector. The company has shown that it can beat both Oracle and SAP when they are the incumbent software supplier. This should become a flagship project helping Infor win future business across the rest of Europe. It follows significant wins for Infor in the retail sector in the US including Crate and Barrel. For Infor to win in a significant process manufacturer such as Intersnack it demonstrates that it is capable of winning in any size business in the sector. Intersnack has revenues of more than €2 billion Euros, is a complex operation and might be the gateway to even bigger deals.