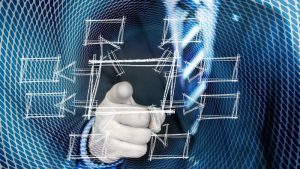 Acumatica has announced the release of Acumatica ERP 2018 R1. It has delivered new functionality to the field service, project accounting, and inventory modules. There are also enhancements to financials and CRM. In addition, it has improved the usability, including the mobile offering as well as enhancements to the Acumatica xRP platform. The platform improvements include performance, deployment and integration.

The Construction edition announced in January this year is now generally available. It also announced the upcoming release of a Distribution edition, available in April. It is also launching Acumatica Business Intelligence with Reporting, Dashboards and Analytics.

For retailers it can enables an omni channel experience through the use of integration using API;s. Integration to POS terminals, commerce sites, EDI processes, telesales, and contracts are possible. Though Acumatica falls short of revealing to which systems they integrate.

There is an expectation that ERP solutions have an analytics platform to support the new gold of business, data. This is not a new product but rather a combination of several existing products in a single bundle. The offering includes the following:

Most of the improvements added to this release are minor advances in functionality or usability. There are some highlights though.

Within the financials module Acumatica has added additional functionality for multi entity corporations. It is now possible to distinguish branches from companies. Legal entities are definable and have separate balance sheets and tax reporting capabilities. Intercompany transactions are also supported. There is little information around the support for consolidation though.

It has also increased support for Salesforce integration, though this appears to be one way. Users are able to export entities by predefined scenarios. The entities include leads, contacts, business accounts, opportunities, stock and non-stock items, and sales prices. The is still not as comprehensive as Commercient SYNC that delivers bidirectional data synchronisation between the two systems.

For field service organisations there is now support for real time GPS tracking using Bing maps. Though the release does not detail how the data is received. Standardized Service Contract Billing is also supported, reducing the administration time spent by users significantly.

Acumatica claims to be the fastest growing ERP solution. Whether it has maintained its 350% growth published in 2013 is unknown. The distribution release will put it into direct competition with companies like Sage Intacct and NetSuite. Its growth figures for 2017 were 144%, ahead of all its published competitors and with 4000 customers that is starting to become a significant share in the marketplace. What isn’t public are the revenue figures.

Acumatica has a different business model than most SaaS companies. It charges not by user but by resources used by customers. It is a business model that aligns its revenues with its costs. Charges, including database storage and compute power are calculated and passed on. This is a utility model that others may need to follow in future. If Acumatica continues its growth and demonstrates to some larger organisations that this model is highly competitive against per user charges.