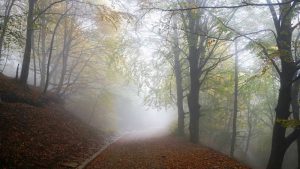 However, it has added another 400 manufacturing facilities added over the last year bringing the total to around 2000.

This indicates a growth of around 25%. It now has around 600 manufacturers as customers with plants spread across the world, with the majority in North America.

Plex has also announced several new products during the year. This included  the Intelliplex Analytics Suite. It also announced analytics functionality for Supply chain and HCM. Additionally it improved the functionality of its supply chain solutions. There were no details of how successful these products were though. To support its growth Plex Systems added roughly 25% to its headcount as well. Increasing by 100 to 499 across North America

Don Clarke, interim chief executive officer, Plex Systems commented. “We’re proud to be the system of record for manufacturing industry leaders. We look forward to continuing to invest in products and solutions in 2018 that enable our customers to focus on new opportunities for efficiency, growth and innovation.”

Heading to IP or sale?

A year ago Reuters reported that Plex Systems was potentially up for sale by Francisco Partners. It valued the company at $1 billion on revenues of $100 million. This announcement may see a renewed interest in either a sale or IPO. 2018 may also see a change in strategy after Jason Blessing left the company after five years as CEO in December 2017. The Chief Marketing Officer, Heidi Melin left shortly afterwards. Dave Michaud, , who previously headed product marketing is now CMO. It raises the question of whether the investors though this growth was enough.

This year has already seen Kenandy sold to Rootstock, presumably because the former ran out of money. Is Plex heading the same way? Perhaps Francisco partners believe that with the right leader they can re-accelerate growth. In 2016 Blessing announced 40% revenue growth, that seems to have slowed.

Clarke took over the interim CEO position at the beginning of the year. While Clarke is bullish about the figures it seems that the investors wanted change. Clarke’s role is only interim, who will be the next CEO? Will they have more money to carry out further expansion, possibly internationally. Competitors QAD and IQMS are increasing their international footprint. Rootstock, an even more recent newcomer, is also winning more business abroad with a major deal in Japan recently..

This comes at a time when companies are looking to re-shore manufacturing to the US. The market for cloud-based manufacturing systems is improving. Whatever happens it is likely that some of the answers will be available by Powerplex the main Plex systems user conference held in Detroit between 14-17 May this year.