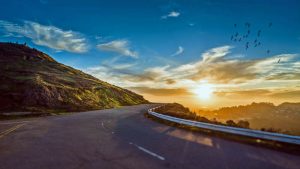 The Goodway Group is a marketing firm with a difference. Founded in 1919 as a direct marketing firm it has transitioned over the last decade to become a digital media company, experts in programmatic media buying. Its assists clients in a variety of industries, including travel, telecommunications and automotive, deliver campaigns targeted at both national level and nuanced for local level. It was one of the first companies to receive the Auto Elite data Marketer designations from Oracle recently.

Mark Meade, vice president of finance at the Goodway Group explained further: “Goodway Group’s two primary segments are multi-location and regional agencies.  Multi-location agencies serve a single advertiser. Goodway Group advertises for them in various locations around the U.S., but we’re takes direction from a single source. Regional agencies are ad agencies we partner with to help them execute just the digital component of their advertisers’ total marketing campaign.“

The challenge of transformation and growth

In 2006 David Wolk, President and owner brought onboard Jay Friedman as COO. He wanted him to help transform the company from traditional to a digitial marketing leader in its chosen segments. As the business transformed it needed a modern ERP solution to meet both the new business requirements and growth. It has outgrown its QuickBooks solution and needed a solution suitable for a medium sized organisation.

Mark Meade, vice president of finance at the Goodway Group commented: “We wanted an intuitive cloud-based system that could meet the needs of our virtual, home-based workforce. We looked at NetSuite and Microsoft Dynamics, but chose Sage Intacct because it gave us the core general ledger and job costing capabilities we needed in an open, flexible platform that we could extend with best-in-class add-ons for things like commission management, CRM, payroll, and more.”

The Sage Intacct Open architecture was key to the decision. Goodway Group has developed a bespoke CRM solution using Quick Base, a low code platform. This was almost certainly one of the prerequisites for Goodway. The open API architecture of Sage Intacct has allowed Goodway to integrate the two solutions using the web services API. Quick Base also provides the project management features that Goodway required to run its projects. It was not looking to replace this having matched the organisations requirements over the last few years.

Goodway was looking for better reporting and savings on time spent for some of the more cumbersome processes. For example; matching the bills from digital advertising campaigns to the appropriate project in Quick Base took hours of time for the accounts payable manager to complete.

Goodway selected Sage Intacct in 2013. After a relatively pain free, under three-month implementation, it went live on 1st October 2013.  Sage Intacct (then Intacct) staff helped with the migration and implementation. It replaced not just the QuickBooks solution but the Excel spreadsheets that helped the five-person accounts team complete processes. Those processes included employee expenses and commissions, invoice production, and consolidation processes.

Sage Intacct has delivered Goodway a set of process automations that has made a significant difference to the business over the last few years. There were some quick wins following implementation. Invoice matching to projects became simply a matter of uploading the data into Intacct. The API integration with Quick Base matches the information with internal projects and clients. It is  then passed back to Quick Base for invoicing. Goodway estimated this has saved at least 40 hours each month and has additionally reduced the number of errors significantly.

The operational efficiencies gained by finance has also helped the rest of the business as Meade explained: “Prior to Sage Intacct, the financial data was 30 – 45 days old by the times sales and leadership received it. It was limited to very high-level information.  Now we can get down to segment-level data quickly, because of the user-defined dimensions we’ve assigned to those segments.“

With the solution in place Goodway Group is able to grow without significantly increasing its finance team. That is not the only benefit. Goodway took advantage of the analytics and reporting engine that Sage Intacct has. Meade commented: “In 2015 and 2016 Goodway Group was growing rapidly. By utilizing the segment sales trends, we were able to come up with staffing metrics that allowed us to hire at an extremely rapid rate so that staff was on boarded and trained at the optimal time.  It wasn’t perfect, but without this data, we would have been guessing at the optimal times to hire.”

One could argue that there may have been other ways to carry out resource planning. This is probably beyond the resource management capability that Goodway had built into its in-house solution. With access to a wider set of data, Sage Intacct was able to provide a steer on the right resources though and help the company sustain its growth. Importantly it would have helped keep customer satisfaction high amongst the Goodway Group client bases as their needs were met.

Sage Intacct also has a wide marketplace of integrated applications that Goodway has taken advantage of since implementation. ET asked Meade what additional integrations the company has implemented. He replied: ”We’ve integrated Expensify for employee expenses and Versapay, which pulls our client aging data for collections.“

These are full two-way integrations that fully automate employee expenses and some of the accounts payable functionality. Goodway has also added other partial integrations to its platform. Meade continued: “We also have partial integrations that help Goodway Group work more efficiently. For example, we can send files from Sage Intacct to Xactly, our sales commission tool, and CSI Global, our AP payment tool. While the function of both of these is file transfer, both tools have created tremendous efficiencies on our side while keeping Sage Intacct as our ‘source of truth’.”

Goodway has seen significant benefits through automation, both financial and operational. Its leadership has a clearer image of what is going out today and is likely to happen in the future. The leadership team is now able to spot trends in the market and make better strategic investments.

Additionally the increased automation has reduced the workload and therefore stress levels of certain employees. This has freed up their time to do more interesting work. After four and a half years in operation they now believe that this has helped reduce staff turnover. This is a significant, unforeseen benefit gained from the new solution. High staff turnover is costly. The loss of corporate knowledge and recruitment costs both in terms of money and time can hinder an organisation.

While the Intacct case study comes several years after the implementation there are advantages to looking back. The longer-term trends such as staff retention are now visible. An understand of the solutions impact on strategic decision making is also clearer. For Meade, the changes are significant. He summarised: “Before Sage Intacct, we were spending all our time preparing financials to show historical, descriptive data. Now, we’re adding real value to the organization because we’re able to spend more time analyzing and forecasting. We’re looking forward, predicting the future, and even prescribing ways to help Goodway better achieve its goals.”

A conversation with ProjectManager

A conversation with Talend