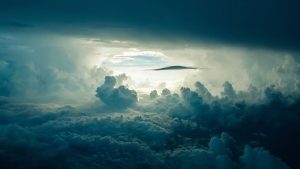 Cybersecurity breach analytics vendor Eastwind Networks has announced its new Software as a Service (SaaS) Platform. Eastwind for SaaS is aimed at customers who want to use SaaS to deploy their own applications. It will sit alongside Eastwind’s other SaaS solutions such as G Suite, Office 365, Dropbox, Box and Salesforce.

As well as support for the SaaS solution, the company also supports IaaS from several vendors. It also has separate products for Hybrid Networks and for DNS.

Paul Kraus, CEO, Eastwind Networks said: “The ability to respond to a breach reaches well beyond corporate networks and databases with the sprawl of modern technology integrations. Eastwind’s SaaS offering enables enterprises to unify visibility by gathering and analyzing cloud telemetry from multiple SaaS providers so businesses can embrace new technologies while ensuring complete security of their cyber terrain.”

What is Eastwind for SaaS?

The company describes Eastwind for SaaS as: “..a full spectrum security platform.” It goes on to say that this means: “The solution integrates collection, analysis and enrichment of telemetry data from hosted applications into the workflow and hunt patterns of cyber threat incident responders.”

One of the challenges for organisations as they move to cloud is a loss of visibility around their apps. The detail they need to spot usage, attacks and incidents is often hard to obtain. Eastwind is claiming that its latest offering will provide threat analysis along with behavioural analytics around apps. Security teams will be able to use that data to spot malicious insiders accessing apps. The details will also provide visibility as to where data is being moved.

The press release lists three areas where customers will benefit from Eastwind for SaaS. They are:

One of the concerns IT departments have voiced for some time when moving to cloud is that of management. Many use proven tools and processes that allow them to track how apps and data are used inside their own infrastructure. Most cloud providers now provide their own tools to do the same job. However, this leaves operations and security teams often have to work with two different tools and collate two sets of data.

All of Eastwind’s products integrate into its Breach Analytics Cloud. This means that security teams have a single interface that provides visibility into different SaaS and IaaS products. They can use that data to track how an app is being used and, more importantly, what that app is doing. This helps spot when an app has been taken over by a hacker and is being used to steal data.

It will be interesting to see how many customers add Eastwind for SaaS to their current tooling. The current solutions integrate into large software suites. This will need to be integrated into customers own SaaS offerings. At the moment there is no information on how this will work on the website.