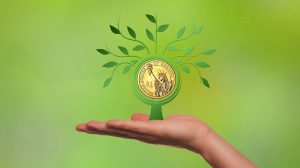 Priority Software has acquired Acclivity LLC, developers of AccountEdge accounting software. This appears to be the second stage of the Priority plan to conquer the US.

In August 2016 Priority acquired Performa Apps, appointing its CEO Dan Aldridge, MD of the newly formed Priority US. It also follows the acquisition of another on-premises ERP solution, Monitin, based in Israel.

With this latest acquisition Priority now has a substantial US user base, a new US head office and an expanded team. AccountEdge was founded through a management buyout of MYOB US. The software has been further developed by the team but remains an on-premise solution for SMB’s.

The company has around 75,000 customers across several geographies and industry sectors. The majority, 55%, is based in the US with 15% in Canada and 30% in Europe. There are around 45 staff who have joined Priority US including the founders, Scott Davisson and Tom Nash. They will both stay in the larger organisation in the role of MD’s according to Davisson.

Acclivity Co-Founder TomNash commented: “We’ve found a partner in Priority who both values our existing AccountEdge products and customers, while recognizing the opportunity for Priority’s solutions in the US, especially with the growing search for robust cloud solutions. We’re excited by what’s ahead.”

Acclivity have developed some cloud-based and mobile functionality for AccountEdge but it relies on an on-premises installation to connect with.

Will it build a cloud version? Scott Davisson, Acclivity Co-Founder commented: “At this point, we’re focused on addressing specific use cases for remote access (from any browser-based device) to the accounting process. For example, how a user can enter a sale from a remote location/mobile device.

“We’re listening closely to existing AccountEdge customers to better understand those use cases and we’ll continue to assess the need and interest for a full cloud version of AccountEdge over time. “

As Davisson infers there is a future for AccountEdge which will please existing customers. The product will continue to exist as a business unit under Priority US and the roadmap is being worked on. Priority will bring a depth of experience, especially in cloud that should help them develop a cloud solution.

AccountEdge has customers across the US and has done well in sectors such as Light Manufacturing and Wholesale Distribution. It also has a strong following in services companies, especially those with graphics designers and photographers who use Apple devices. It has a dedicated MAC software product that has historically done well. Priority ERP will provide a natural upgrade path for companies looking to grow. This is dependent on a significant focus on smoothing the migration path with some bespoke tools.

It’s a different story in Europe

In Europe, AccountEdge is exclusively distributed by Mamut Software Ltd, a Visma company. We asked Scott Davisson, Acclivity Founder and joint MD of the new business unit in the US what will happen. He commented “Visma is our exclusive distributor for AccountEdge products/services in the UK/Ireland and they’ll continue to exclusive distributors post-transaction – no change.”

That may be the case in the short term but Priority are likely to take control of that distribution in time. While Visma currently sell the product, the upgrade path is to their own software Visma Business rather than Priority ERP.

Why did Priority buy Acclivity?

There are several reasons. In terms of its international expansion the acquisition of a product company gives it several advantages. The product is international and could be used elsewhere in the world to expand the Priority user base. There are still regions that purchase on-premises solutions. However, the European question will need answering.

It has acquired a team of more than 40 staff experienced in the industry. It can offer them a brighter future in the enlarged organisation. The US customer base will not only be a source of revenue in the future but can also be offered an upgrade to Priority ERP. While most companies will go out to tender, Priority through the existing relationship will have a better chance of those sales.

However the key win for Priority is the partner network that Acclivity brings to the table. Davisson commented “We have approximately 500 partners in our paid partner programs in US/Canada “. Some of these are likely bookkeepers, but others will be accountants and resellers with whom Priority might start to forge their own significant US channel.

For Priority this could be the perfect acquisition to launch their expansion in the US. There are several “Ifs” that need delivering. Not least is the expansion of the channel partners to become Priority partners as well as AccountEdge.  Andres Richter, Priority CEO commented: “… we believe that their expertise in small business accounting solutions will greatly contribute towards expanding our product offering. … the acquisition now makes Priority a contender in the small business accounting software market in North America, enhancing the company’s future growth and performance from both lines of business..”

For Acclivity it delivers an expertise in cloud solutions that may have been difficult to obtain. Without the costly redevelopment of their software with a cloud architecture its revenues would almost certainly have diminished over time. With their localised US knowledge they will now form a fundamental part any Priority success in the US.

Davisson added: “This acquisition is simply a win/win for both companies and customers. AccountEdge customers continue to receive our undivided attention, while Priority’s powerful portfolio of products are incorporated into the line-up as a potential next step for those AccountEdge businesses who need more, as well as a viable option for US businesses of all sizes and industries.”