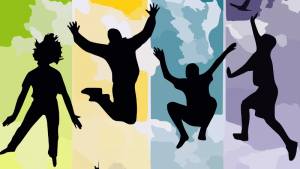 Infor announced its Q2 2018 results this week. It is successfully continuing its transition from a legacy on-premises software provider to a cloud based model. It now receives more that 64% of its license revenues from cloud bases subscriptions. Overall its total revenues grew 7.3% year on year. While traditional perpetual license revenue fell by a further 9.8% this was offset by SaaS revenues increasing by 30.7%.

Product update and support fees also grew by 5%, only 0.1% after currency adjustments to $355.5m. As this is based on traditional on-premises installations it is a little surprising it hasn’t fallen. Charles Phillips revealed that this is due to two reasons. There are cost escalators in existing contracts, but also Infor has added new services in this area. This includes advanced support, Phillips identified Xtreme support as an example of this. There is a risk though that as large deployments move to cloud based solutions this revenue will fall. Infor has managed to up sell services to existing clients to maintain the revenue levels. The trick is for Infor to retain those customers as clients through its Upgrade X program.

EBITDA dropped though by nearly 6%. This was a result mainly of foreign exchange losses based on changing exchange rates rather than anything concerning. Cash flows are down due mainly to timing of deferred payments from the Starmount acquisition. Phillips was bullish though, commenting: “Considering the headwinds of lower perpetual license sales as we are focused on SaaS and upgrade X conversions of maintenance subscriptions to SaaS, we are pleased with this growth.”

Infor are also preparing well for the future. It has recently trained consultants from Deloitte, Accenture, Cap Gemini, Grant Thornton as well as other partners. This growth in trained consultants, in their ecosystem, should mean that it can deliver more implementations with SI support. Interestingly both Philips and Jay Hopkins, SVP, Controller and Chief Accounting Officer at Infor were not drawn on which verticals Infor are having the most success in.

Hopkins did comment: “Our pipeline remain strong we expect a number of sizeable transactions in Q3 and Q4.” Whether those transactions are big brand names remains to be seen. However the recent win of Arcadia indicates that retail is still one of its strongest verticals. The pipeline is also larger than 6 months ago, according to Phillips, though converting that pipeline to sales still needs to be achieved.

The pipeline looks strong but where are the increasing revenues coming from? Interestingly they are split equally. A third coming from upgrade X migrations from existing customers, a third are net new customers and a third through cross selling. That a third is coming from net new customers is impressive. Though Infor does not reveal what percentage of customers are replacing legacy products with solutions from other vendors.

Mayumi Hiramatsu the newly appointed SVP, Cloud Operations is also making a difference already. Phillips commented: “We have delivered more self services and automation in certain areas particularly around VPN and Networking. What she is working on now is how to clone environments. You used to have to do that manually we have automated that now. We are also consolidating like functions as well. We were able to look across consulting support and cloud operations and have one tech support operation for the tech stack.”

Having accomplished this in a few short months it will be interesting to see what difference Hiramatsu makes in the longer term. Especially as Infor look to move towards multi-tenant cloud solutions. It needs to do this to continue to move their SaaS margin upwards.

This move to automate and improve internal processes is something that it needs to continue to do. Ramco’s CEO Virender Aggarwal is an advocate of this strategy. It is easy to forget your own organisational processes and procedures as you look to transform those belonging to a customer.

This is another steady quarter from Infor. There are signs that everything is heading in the right direction and Phillips is steering a safe course. It is not without risks however. The support and maintenance revenues are increasing but that number will drop in time. If it loses customers the revenue isn’t replaced. Infor is still not revealing its customer satisfaction either across the whole estate or just within the cloud products. There is also no mention of its retention rates.

As we have written elsewhere regarding Workday, 2018 could also be a pivotal year for Infor. It has several large deployments such as Travis Perkins and potentially Triumph Motorcycles nearing their live dates. If those two companies and potentially one of the Koch Industries businesses going live they should have strong customer advocates to further promote their solutions. Cloud revenues continue to climb, as it works with companies to transform their business. The additional SI support could see more software selected but Infor cannot yet fly as a pure cloud vendor.